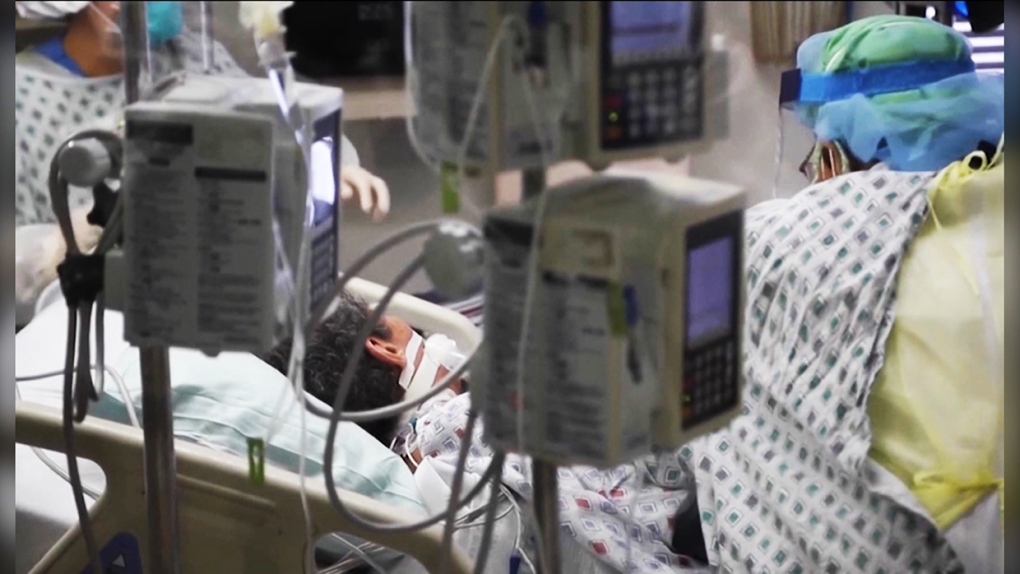 Documents released Monday show the Alberta government ignored warnings that the health care system would be overrun by COVID-19, according to NDP leader Rachel Notley

CALGARY -- Alberta's NDP opposition are releasing documents from the fall of 2020 they say show the provincial government ignored warnings that hospitals would be overwhelmed as COVID-19 cases climbed.

The emails and documents were obtained by the opposition party through FOIP requests and were released to journalists on Monday.

The documents show a series of emails between officials with Alberta Health Services (AHS) and the provincial government. One briefing contains charts and explanations of 'Early Warning Triggers,' which are benchmarks for daily case numbers and Rt Values that predict when hospital ICU's could be overwhelmed.

"These desperate measures were all avoidable if Jason Kenney had acted when health professionals asked him to act," said NDP leader Rachel Notley.

"There is no modelling, there are short-term projections, about which we are very transparent," Kenney said.

"We were very clear in the fall that we continued to have 14 day projections based on, not assumptions and modelling, but actual hard numbers."