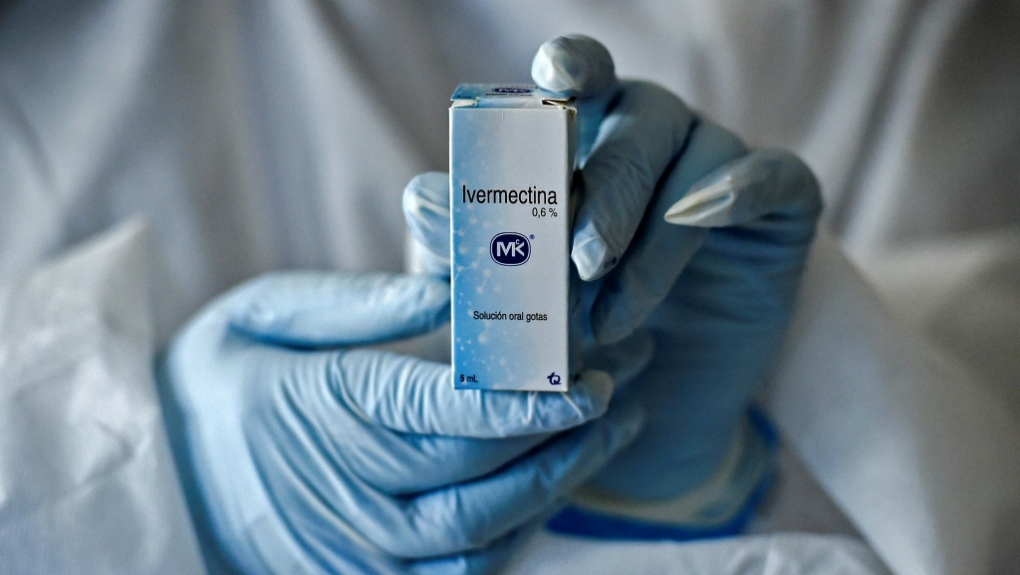 Ivermectin, an anti-parasite drug, has been widely distributed in Latin America as a treatment for coronavirus. (AFP)
CALGARY -

The College of Physicians and Surgeons of Alberta and the Alberta College of Pharmacy say they are greatly concerned with reports ivermectin has been dispensed as a preventative treatment for COVID-19 in the province.

In a joint statement issued Thursday, the two governing agencies said "a small number of physicians and pharmacists" are "spreading misinformation related to the appropriateness of ivermectin to prevent or treat COVID-19."

"There is no evidence that prescribing and dispensing ivermectin is beneficial but there is certainly significant risk of patient harm when ivermectin is used," said the CPSA and ACP in their release. "(We) do not believe these behaviours align with a physician's or pharmacist's professional responsibility to their patients."

According to the CPSA, at least seven doctors in the province have been contacted over the alleged spreading of misinformation regarding the drug. There are other reports of Alberta doctors who have kowtowed to patients who have demanded an exemption letter, without legitimate medical reasons, to avoid having to get vaccinated or face mask use.

Health Canada stated in late August that neither the human or veterinary versions of the drug should be used by Canadians as a COVID-19 treatment. The human version of ivermectin is only authorized for sale in Canada as a treatment for parasitic worm infection.

Feedlot stores in the Calgary area were inundated with requests for the equine version of the drug this summer from people who wrongly believed it could be their saving grace against the virus. Veterinary ivermectin is only sold to verified customers who have an identification number provided by the province through its premises identification program.

The CPSA and ACP encourage Albertans to get vaccinated as it remains the best option to prevent the spread of COVID-19.