Alberta scientists help determine cause of landslide in India

Alberta scientists help determine cause of landslide in India 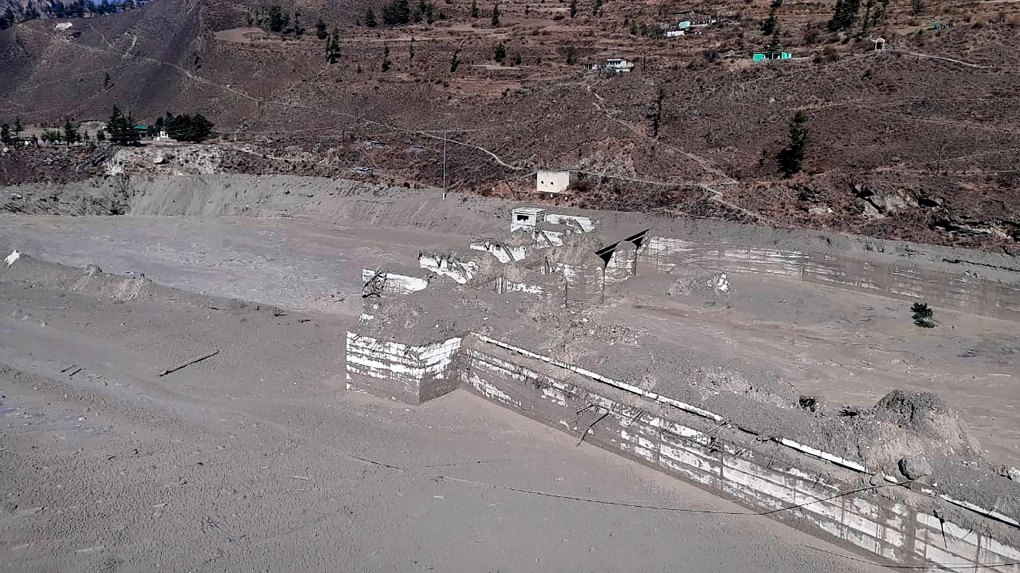 A view of the damaged Dhauliganga hydropower project at Reni village in Chamoli district after portion of Nanda Devi glacier broke off in Tapovan area of the northern state of Uttarakhand, Sunday, Feb.7, 2021. (AP Photo)
CALGARY -

Researchers from around the world have been working to understand the cause of a landslide in Chamoli, India that occurred on Feb. 7.

More than 25 million cubic metres of rock and ice caused massive amounts of damage in the Chamoli district in India’s Uttarakhand region.

The landslide left 200 people either dead or missing and caused $75 million in damages.

A team of 53 researcher and scientists were brought together to determine what made this particular landslide so devastating.

Jeffrey Kavanaugh, co-author of the study and an associate professor with the University of Alberta’s department of Earth and Atmospheric Sciences, says there were a combination of factors the landslide as destructive as it was.

“Our study showed that the particular makeup of the slide, roughly 80 per cent rock and 20 per cent ice, was close to a ‘worst-case’ scenario. The slide fell a great distance — in total, well over three vertical kilometres — which released enough energy to melt almost all of the ice.”

The landslide was moving so quickly that the energy it created melted the ice underneath.

This turned the slide into a dense, fast moving mixture of rock, water and ice.

Kavanaugh noted that landslides are common in this part of the world, but could be happening more frequently.

“This is a location where mountain hazards are significant and potentially increasing due to climatic change, and where there are significant concerns regarding environmental impacts, public safety and social justice.”

It took the team of researchers months to determine the definitive cause of the landslide.

Everything from satellite imagery, seismic records and even eye-witness videos of the events.

This helped the team to determine with a high degree of accuracy what made the slide this dangerous.

Dan Shugar, from the University of Calgary, led the team and said all the information was used to created computer models of the slide.

“High-resolution satellite imagery obtained as the disaster unfolded was critical to helping us understand the event in almost real time,” Shugar stated. “We tracked a plume of dust and water to a conspicuous dark patch high on a steep slope. This was the source of a giant landslide that triggered the cascade of events, and caused immense death and destruction.”

The full report on the events in Chamoli will be published in Science Magazine.