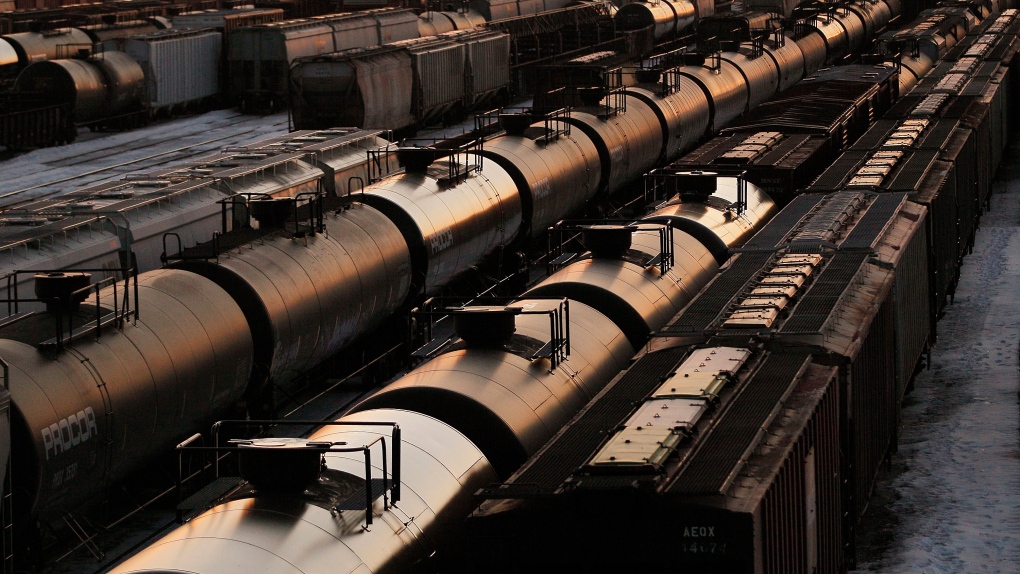 Rail cars wait for pickup in Winnipeg on March 23, 2014. THE CANADIAN PRESS/John Woods

CALGARY -- Premier Jason Kenney announced Tuesday that the province is finalizing the sale of 19 of its crude-by-rail contracts to the private sector in a move that he says will save taxpayers $500 million.

"The NDP-signed project costs of $10.6 billion," said Kenney. "They projected $8.8 billion in incremental revenues to — eventually, over the course of two years — move 120,000 barrels per day of crude-by-rail. We have not triggered those contracts, as you know, because we've been working with the private sector to sell those contracts. I'm pleased to announce that we've done so on very successful terms that will save Alberta taxpayers half-a-billion dollars."

Kenney says the United Conservative Party planned to make the move from the moment the NDP government signed the contracts.

"We (the UCP) announced the day after the crude-by-rail contracts were signed our intention to offload those contracts because we knew that this was something that the private sector would be willing to do and should be doing at its risk, not at the expense of taxpayers."

The sale was announced during Kenney's discussion of his recent trips to Washington, D.C. and Montreal that he says proved productive in developing relationships.