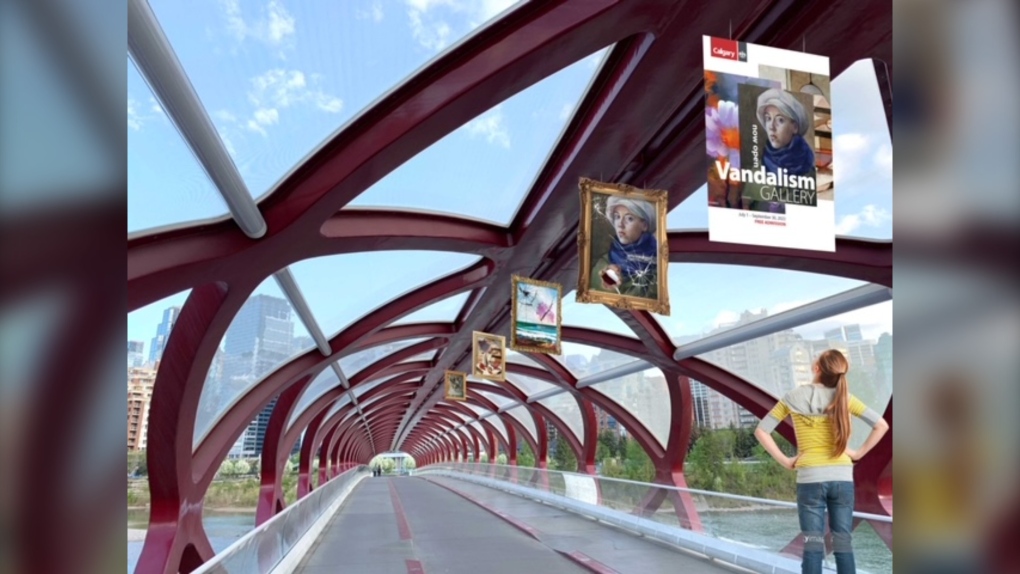 Since the Peace Bridge was installed in 2012, it has been damaged multiple times by vandals who often break the glass panels of the iconic pedestrian walkway. (Supplied)

City officials are hoping a new display at an iconic Calgary landmark will help prevent a costly issue.

The campaign, called the Vandalism Gallery, aims to reduce the amount of damage that's being done to the Peace Bridge each year.

Since the bridge opened in 2012, city crews have been forced to replace a number of the glass panels because of vandalism.

"We have seen an increase in vandalism to the Peace Bridge's glass panels, mainly from people throwing rocks at the bridge from the east riverbed," said Charmaine Buhler, bridge maintenance manager, in a release.

According to city data, it costs approximately $80,000 per year to remove and replace broken panels on the bridge. So far, they haven't needed to order new panels because they are still working through a supply of replacements that were supplied when the structure was installed.

With the change of season, city officials says vandalism to the bridge does increase, so they wanted to do something to encourage residents to look after it.

The display includes a number of "works of art" that have been damaged, along with the message, "You're standing in a work of art." 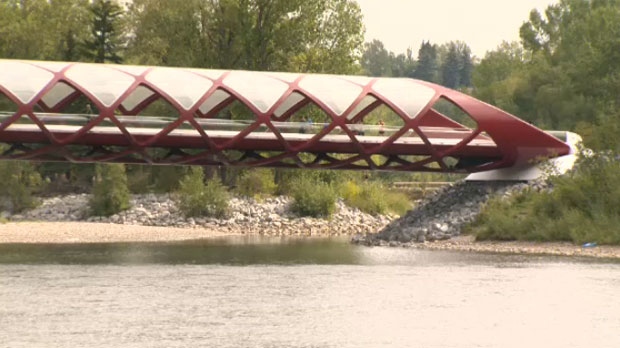 Buhler says she hopes it will help residents understand they should enjoy the bridge, not break it.

"We’ll remind the people who use it, and live in the neighbourhood, that artwork is something to be admired, not vandalized," Buhler said. "We are also hoping it will encourage people to report suspicious behaviour and vandalism-in-progress to police."

The city says this awareness effort is part of a larger campaign to reduce vandalism at the site. Some of the other methods are improving security patrols, installing security cameras and pursuing stiffer penalties for offenders.

An average of six panels are broken per year, the city says.

Crews are also looking into the possibility of using a different material that can't be broken so easily.