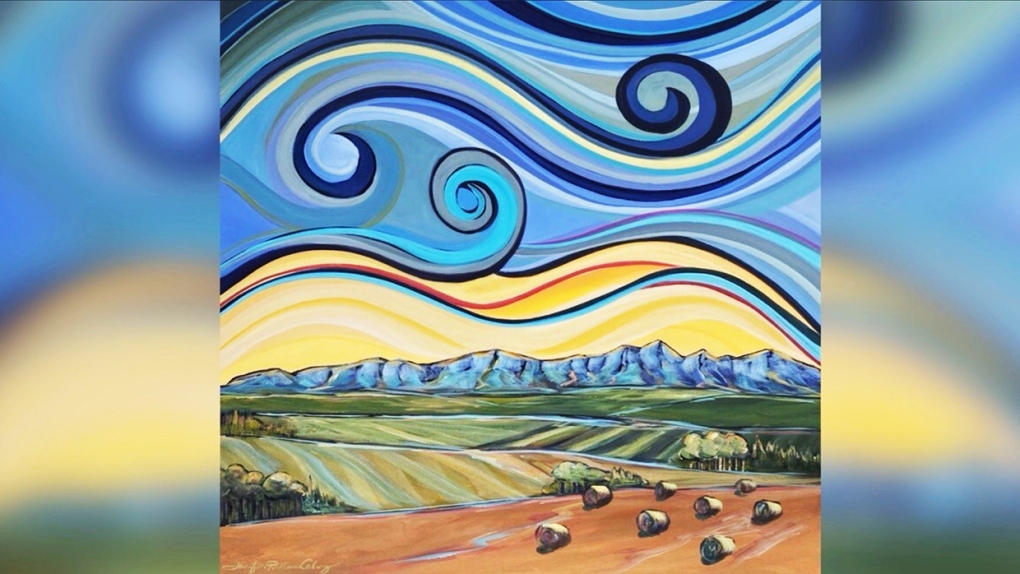 Artists from Alberta, British Columbia and Ontario have donated their art for an online auction. Proceeds will go to the Livingstone Landowners Group, which is leading the fight against mountaintop mining projects slated for the Crowsnest Pass area. Above: Alberta Harvest by Janifer Calvez

LETHBRIDGE, ALTA. -- More than two dozen artists have banded together to support a group of landowners fighting proposed coal mining projects in the foothills and Eastern Slopes of the Rocky Mountains.

The artists from Alberta, British Columbia and Ontario have donated their art for an online auction. Proceeds will go to the Livingstone Landowners Group, which is leading the fight against mountaintop mining projects slated for the Crowsnest Pass area.

Artist Wes Olson lives east of Edmonton, near Elk Island National Park. He was one of the first artists to offer support, after hearing about the projects being proposed in an area where he grew up.

“The whole Eastern Slopes is a deep part of my heritage,” said Olson.

Olson’s grandfather operated a small sawmill during the 1920’s and 1930’s, and his father was born and raised in the bush.

Olson worked in forestry for four years before becoming a national park warden.

“All of that invested in me a very strong desire to protect wild places and wild species,” he added.

Olson said he was looking for a way to support the Livingstone Landowners Group, and offered to provide three of his art works to help cover their expenses.

He discovered other artists were also coming forward with similar offers.

“Within a very short while it snowballed,” said Olson.

A group of artists including Robert Bateman donated works of art to a silent online auction through the fund raising site 32auctions.

Stevulak grew up in the Crowsnest Pass. His father was killed in a coal mining accident, his brother worked in the mines, and Milan had a summer job as a timber packer for a mining company.

“That doesn’t mean that I support coal," he said.

Stevulak said he has never seen a mine that was able to conduct business without harming the environment.

“And the fishing is fly fishing heaven in the rivers coming out of those slopes,” said Stevulak.

“We have to save this pristine area, and we have to protect water, and clean water.”

High River artist Don Hamm said he isn’t an activist, but as a painter he understands aesthetics, and frequently paints the landscapes.

“I think coal is going the wrong direction,” added Hamm.

“Because I live on a river that comes off the Eastern Slopes, because I visit that landscape and because I paint it, I thought I would support these guys.”

Edmonton artist Florence Shone has also provided a painting for the auction. A member of the Piikani Nation, Shone still regularly travels to southern Alberta.

“The way I explore my culture, which is the Piikani people, is through my ancestors, and my relatives, and through the landscape of southern Alberta.” 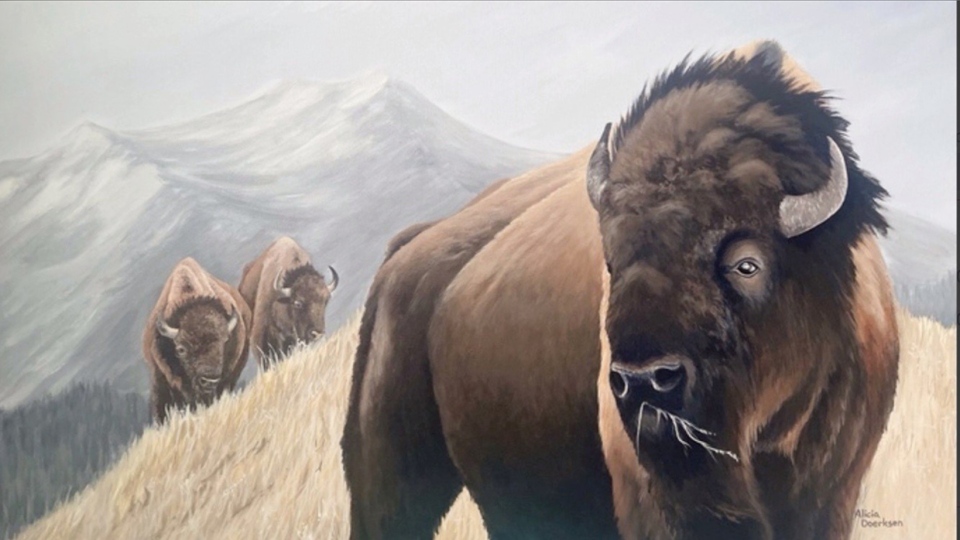 Shone said while she is not a political person, she is concerned about the environmental damage caused by coal mining activity.

She said it is also a breath of fresh air, to be involved with something positive, around such a negative issue.

“It’s really nice to be involved with something like art, that celebrates the area, instead of us fighting to protect the area, or try and stop something,” said Dougall.

The auction started May 6, and within the first few days had already raised more than half of their $18,000 target.

The landowners group said the money will be used to help fund research, to provide the public and government with accurate, science-based information about the risk coal projects pose to the environment and economy. 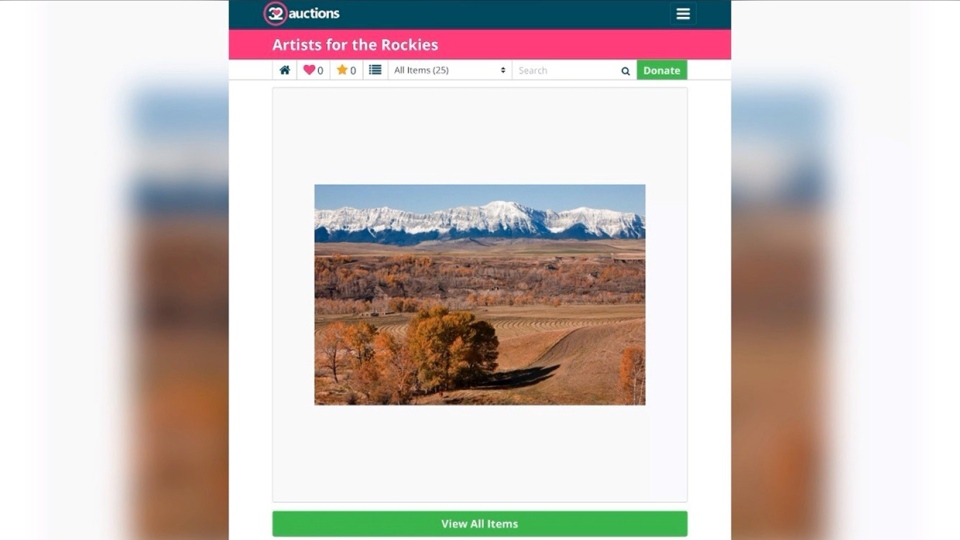 Bids have come from across Canada, and as far away as Texas and Alaska.

Dougall said the auction will also help to bring awareness to the general public, including people who may not have heard about the mining controversy.

“Our message is get informed,” added Dougall, who encourages Albertans to learn about the pros and cons around the projects being proposed.

“I think they’ll come to the same conclusion we have,” said Dougall.

“The risks are too great. There’s no proof they can mitigate things, and really there should be no coal mining in the Eastern Slopes.”