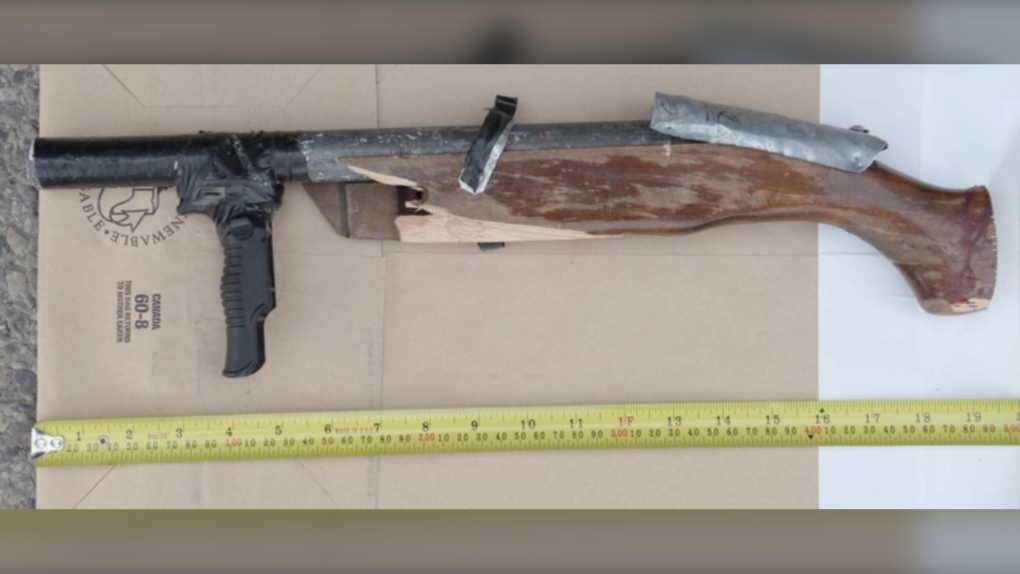 ASIRT says the homemade shotgun in Cavin Poucette's possession on the night he was killed by police would not have fired. (Supplied)

CALGARY -- Over two years after a man was killed by RCMP in Gleichen, Alta., Alberta's police watchdog says authorities acted reasonably in the incident.

On Tuesday, the Alberta Serious Incident Response Team (ASIRT) released its findings into the death of 26-year-old Cavin Poucette on Oct. 19, 2017.

It found two RCMP officers, who were on patrol in the community east of Calgary, discovered a vehicle parked close to a home known to be associated with the drug trade at about 3:40 a.m.

A male was observed sitting in the driver's seat and it did not appear to either officer that he was conscious.

The two officers exited their vehicles and approached the truck and knocked on the window in an attempt to wake him up. While officers were close to the vehicle, one of them noticed the man had what appeared to be a firearm placed between his legs.

The second officer went to retrieve a carbine rifle to cover the first officer while he attempted to gain access to the inside of the truck's cab and seize the weapon.

ASIRT says the first officer found the door was locked, so attempted to break the window of the vehicle to get inside, but failed to do so. The action ended up waking up the suspect, who swore at the officer and reached for the firearm.

The officers shouted at the suspect to show them his hands, but he continued to reach for the weapon, prompting the first officer to open fire, fatally wounding him.

The man was later removed from the vehicle by EMS who pronounced him dead at the scene.

ASIRT says Poucette had previous history with police and was prohibited from possessing firearms.

The weapon police found on the night he was killed appeared to be some sort of homemade shotgun. Two shotgun shells, as well as drug paraphernalia was also found in his possession.

A number of witnesses who had been with Poucette earlier in the evening gave statements to the RCMP and ASIRT reporting he had spoken about his own death, made comments about his intent of not going back to jail and his desire for a "shootout with police."

Testing of the homemade firearm conducted during the investigation into his death determined it would not have fired the way it was built, ASIRT said.

However, given the appearance of the weapon, there would have been no way for the responding officers to have known that.

Because of that, investigators with ASIRT found the lethal action undertaken by the officers in the situation was justified given the threat posed by the suspect.