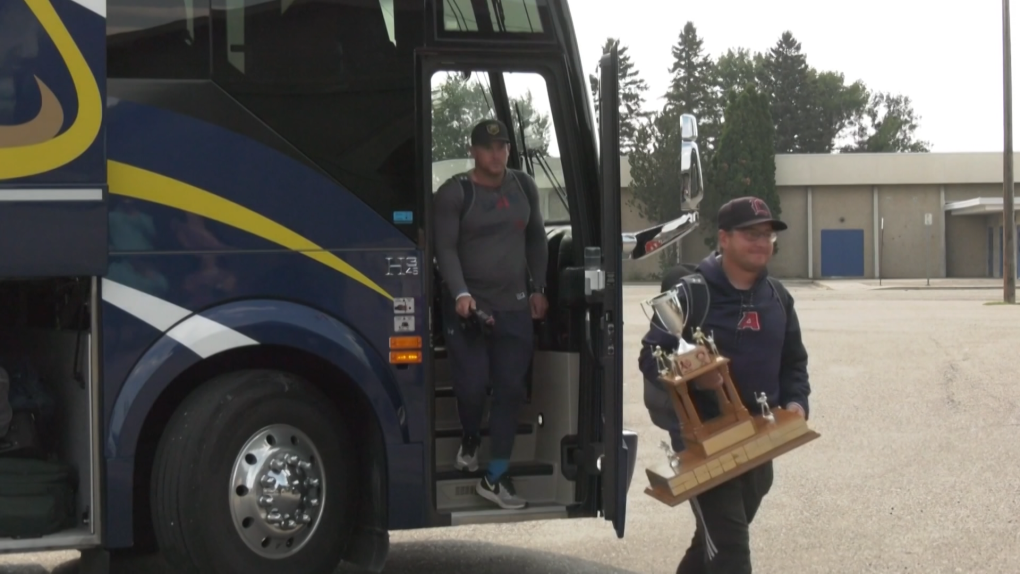 The Lethbridge Bulls beat the Edmonton Prospects to become Western Canadian Baseball League Champions for the first time since 2015.

The Bulls managed a landslide victory over the Prospects, winning 16-5 on Saturday night.

Lethbridge entered the post season ranked third in the league. The team beat the Sylvan Lake Gulls two games to none to get into the finals.

On Sunday, the team returned to Lethbridge to celebrate with family, friends and fans.

“We were really lucky to be able to do what we were able to do and play our best baseball when it mattered most and I couldn't be more proud of the guys in that locker room and it feels really good,” said Ty Penner, first baseman for the Bulls.

“It's hard to believe looking back on it now, but I'm just really happy."

This was also the first year as head coach for Chance Wheatley and his first championship win.

"It feels awesome, this is what you play for and to be able to get it done and sweep through the playoffs, it's fantastic,” said Wheatley.

Instead of issuing a singular federal national COVID-19 vaccine passport, the federal government says that each province and territory will be responsible for issuing a 'standardized pan-Canadian' vaccine passport that Canadians can use when travelling abroad. Each province's system is supposed to have a 'common' look and feel, with the expectation that by next month all Canadians will have access.

The federal government announced Thursday that Canada will receive 2.9 million doses of Pfizer’s pediatric COVID-19 vaccine shortly after its approval by Health Canada for the 5-11 age group.

The Canada Recovery Benefit (CRB) will expire as of Oct. 23, and will be replaced by a targeted benefit that helps individuals whose work is impacted by COVID-19 lockdowns.

Iqaluit is being forced to medevac patients out of the territory with the only hospital unable to sterilize equipment properly as the water contamination crisis continues.

A report exploring the far-right in Ukraine’s military found that neo-Nazis and supporters of far-right groups in the ranks bragged online about receiving training from Canada and other NATO nations.

U.S. unveils COVID-19 vaccine rollout for children as Canada plans its own

U.S. officials have outlined a plan to roll out two doses of the Pfizer vaccine formulated for children aged 5-11 in the coming weeks — provided that the U.S. Food and Drug Administration approves Pfizer’s safety and efficacy data.