Calgarians gather for 'March Against Monsanto' 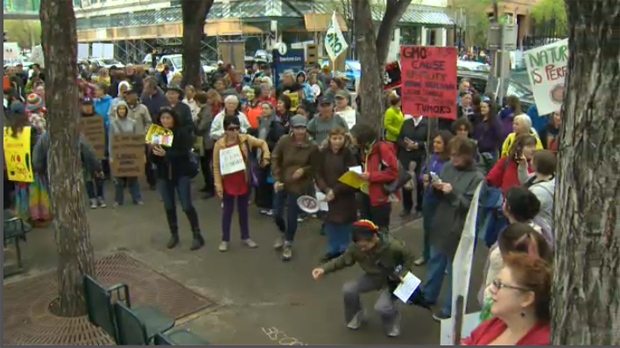 A massive rally against genetically modified food was held at locations throughout the world on Saturday including a protest march beginning on the steps of Calgary’s city hall.

Hundreds of Calgarians took part in the demonstration against seed giant Monsanto.

Protesters want to call attention to the dangers posed by genetically modified food and the food companies that produce it.

Marches were held in 250 cities around the world on Saturday.