CALGARY -- New restrictions unveiled by the province Tuesday have split the business community.

Some believe the restrictions go too far, while others believe, the province dragged its heels imposing them in the first place.

“(Back in November), government should have said you know what? Let's just do it now,” said Fodor.

“Let’s not be stuck in this sort of political suicide of telling everyone that they have to stay home during Christmas.”

Fodor says he spoke with his staff to close earlier than many other businesses, and only offer curbside service.

“We felt when we see case counts going up, and we hear about other business having to close because of having an exposure, we just thought it wasn’t worthwhile for any one of us,” said Fodor.

But Ernie Tsu, owner of the 17th Avenue hotspot Trolley 5 Brewpub said the measures were a slap in the face to the restaurant industry that he feels has been unfairly targeted. 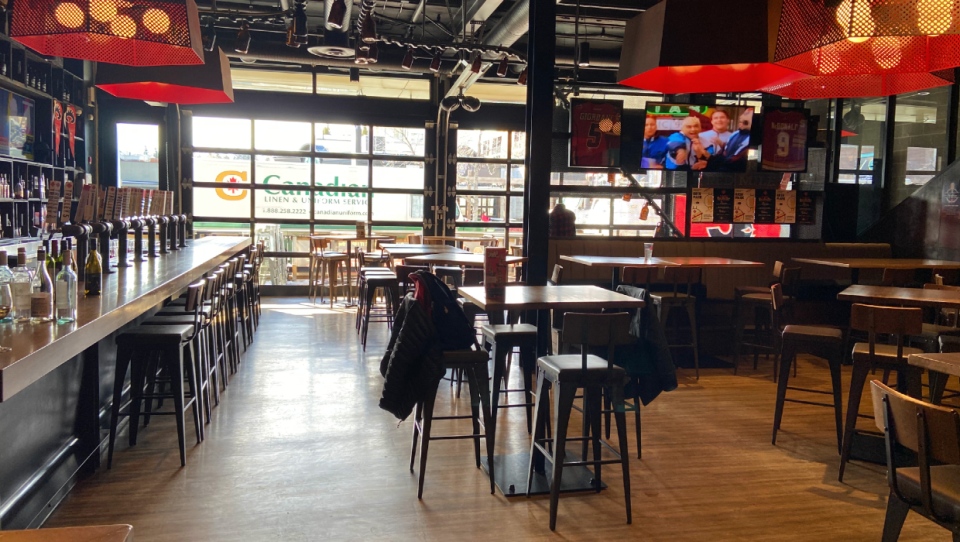 “Every restriction announcement that comes out, generally knocks our industry back by about 40-50 per cent in sales,” said Tsu.

The Chamber of Commerce believes these measures were the right ones taken, as long as financial support is offered.

“For many businesses its a matter of survival,’ said interim CEO Murray Sigler.

The province says it is expanding the small and medium enterprise grant, allowing businesses to apply for a second payment of $15,000 on top of the already $5,000 first payment last month.

Its expected that this grant will also help those businesses who have seen more than 30 per cent of revenue loss due to the pandemic, a drop from the 40 per cent previously required to qualify for funding.

Restaurants, bars and pubs can only offer takeout or curbside pick-up, while dine-in is closed.

Retail stores and malls can operate at 15 per cent capacity.