CALGARY -- This isn’t exactly how the Calgary Canucks wanted to start their 50th season in the Alberta Junior Hockey League.

There are no games because the league is on pause due to the COVID-19 pandemic - and no date to resume play either.

At least not yet.

Former Calgary Hitmen Brad Moran, who is now the Canucks head coach,  says he’s still not sure when they’ll drop the puck for play.

“It’s rumours and rumours,” said Moran. “We’re going about it and have our plans in place and as they change we’ll adjust and be ready when we get the green light for the start of the season.”

If the AJHL doesn’t get off the ground this season it’ll be devastating for the 20-year-olds in the league. This would be their final season. Cam McAdam fits into that category. He’s from Calgary and was really looking forward to playing in front of the hometown fans and maybe earning a scholarship. McAdam says it was a stressful off-season.

“It’s been really hard all summer deciding what to do," McAdams says. "Do I go back to school? Do I wait and see what happens to you know go somewhere with hockey? Right now I’m just playing it by ear and see what happens. Hopefully we can get started and have my last shot at taking hockey somewhere.” 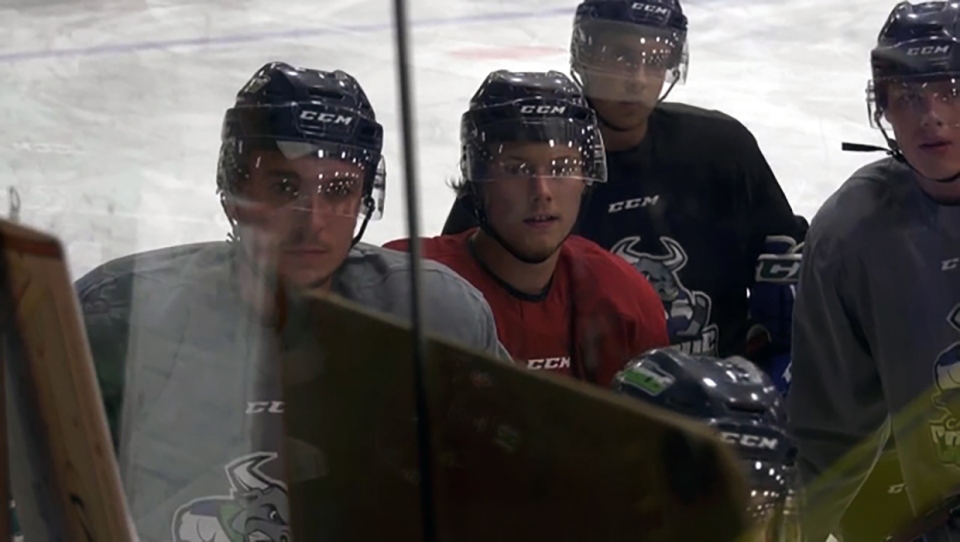 While they can’t play games, at least they can get back on the ice. On August 31st the AJHL allowed all 15 teams to run development camps until the season gets started.

Colin MacPherson was acquired by the Canucks in the off-season. He’s also from Calgary and in his final season in the league.

“Obviously we’re hoping for the best right now,"MacPherson says. "We’re doing all we can with the situation and hopefully we can get back to playing some games."

“But it’s good to be back in the rink with the guys. That’s all we can ask for right now."