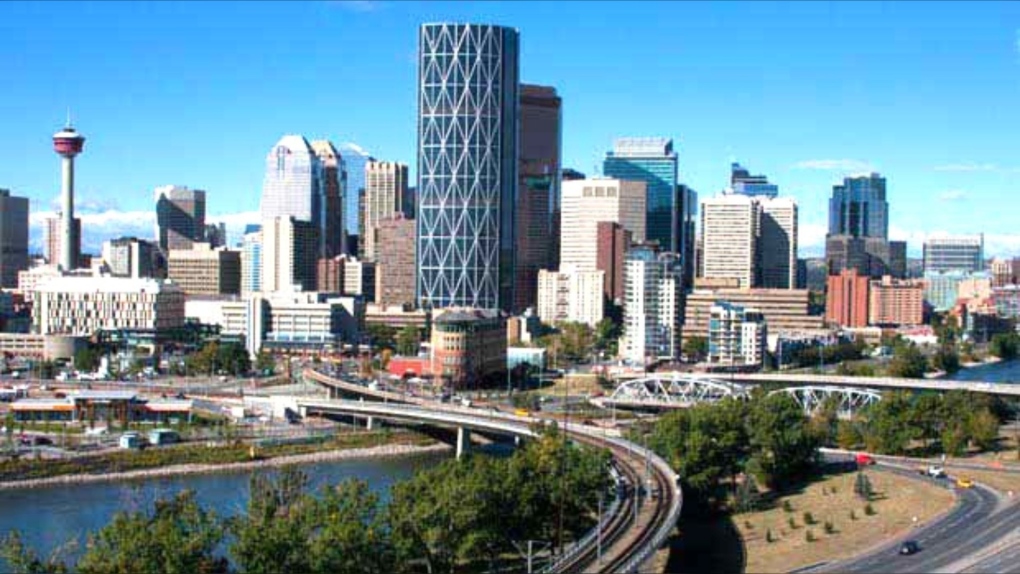 The city of Calgary is no longer under a state of local emergency, city officials announced on Friday, adding another storm that was causing concern is no longer an issue.

Calgary Mayor Jyoti Gondek, along with Calgary Emergency Management Agency Chief Sue Henry and Francois Bouchart, the director of water resources, made the announcement during an afternoon news conference.

"We have rescinded, just now, the local state of emergency," Gondek said. "The weather system we were concerned about is expected to stay well south of us."

Bouchart said the city will still be experiencing some rain from this system, but it won't be in the volume that they were anxious about.

"You can anticipate we are going to have some rain, some showers in the upcoming days, including Monday and Tuesday," he said. "The models that we have show that the rain is such that it will not result in a significantly high flow response."

Gondek added the temporary berm that was built along Memorial Drive to protect some low-lying communities from flood water will be removed sometime within the next one or two days.

"The operation to dismantle the berm will take place over the next couple of days and we anticipate a return to normal traffic patterns by Monday morning at the latest."

Henry said  Calgarians will need to stay away from the area while the berm is taken down.

"It will be an active construction site and we are asking Calgarians to stay away from the area."

The weather event, which began on Monday, brought a lot of concern to residents of Calgary who lived in the city during the devastating flood in 2013.

This time around, flood mitigation efforts helped protect communities, but officials say the conditions simply weren't the same as they were back then.

Nevertheless, Henry added that they have had a lot of praise from residents about their quick actions with regard to the flooding risk.

"The quick prevention efforts, with some traffic inconvenience, was far more preferable than the later uncertainty with our options."

She says the city of Calgary has learned a lot from the 2013 flood and this situation was "an incredible example" of that knowledge.

"The amount of emergency members in the room that had taken the lessons from 2013, integrated them into their emergency response plan, all of the mitigation efforts that we've taken since then really came together. This is something for Calgary to really be proud of."

While the state of local emergency is no longer in effect, Gondek said it is still considered "flood season" in the city and Calgarians should not venture out onto the Bow or Elbow River until further notice.

"For households that are in flood-prone areas, please move anything that in the basement if you haven't already done so, we're still anticipating that rain."

Gondek also thanked all Calgarians who helped out and hopes that residents are left feeling confident in the days ahead.

"You're in good hands with experts who have been tracking things for us."