Stephen Joo is a Calgary firefighter by occupation, but in his spare time he can often be found spending countless hours putting together incredible creations out of Lego bricks.

The AFOL (Adult Fan of Lego) will be competing on Season 3 of Lego Masters alongside fellow Calgary Fire Department member Stephen Cassley.

The pair will be one of three teams from Canada on the show which premieres September 21, 2022 on CTV.

“Lego was a passion for me that started when I was a young kid about the age of five. I got my first Lego set and it was a slippery slope after that,” said Joo.

“It was all I ever wanted as a kid for Christmas and for birthdays, and it just kind of encompassed my entire life.”

Joo was on hand Saturday showcasing some of his incredible creations at Heritage Park alongside members of the Calgary Lego Train Club (CLTC) and the Southern Alberta Lego Users Group (SALUG).

He says his experience on the Lego Masters was special as it was the first time Canadians were allowed to compete.

“This was a great opportunity to show that Canada has some fantastic Lego fans and as you share your passion with kids and with other adults for me, the main game with Lego has always been to have fun,” Joo added.

“If I get a chance to talk to a kid or a teenager or an adult and inspire some creativity of their own, that's a win in my books.” 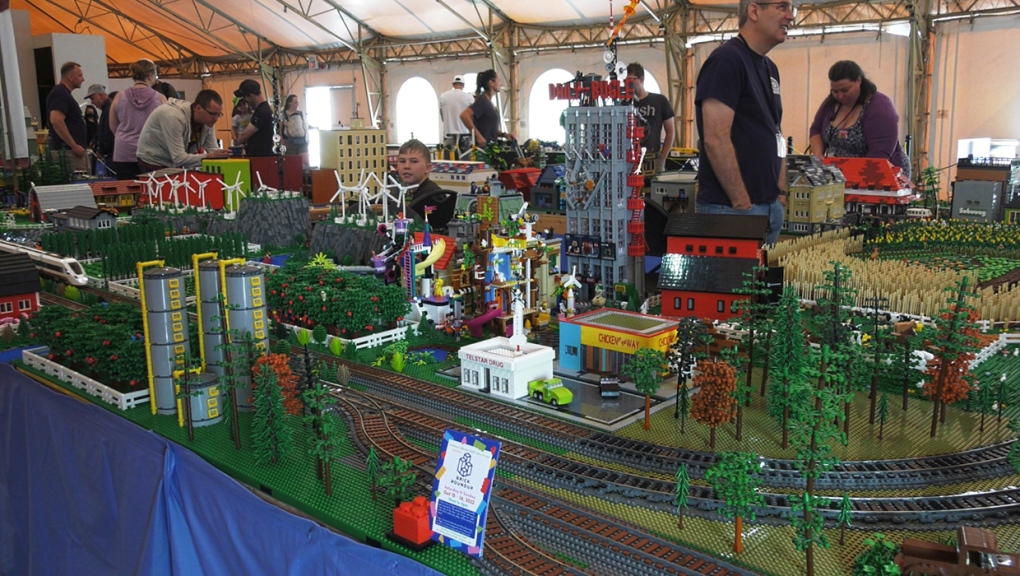 Joo was on hand Saturday showcasing some of his incredible creations at Heritage Park alongside members of the Calgary Lego Train Club (CLTC) and the Southern Alberta Lego Users Group (SALUG).

SALTUG member Mary Grace Linton says she was amazed by all the smiles on people’s faces and their creative ideas.

“It just makes you so happy because you're inspiring them, you're getting them to be those engineers and wanting to do the STEM piece of everything.”

There was certainly no shortage of inspired children on Saturday as a display made up of more than two million Lego blocks featured railways, farmlands, Calgary landmarks, and pop culture themed buildings.

Others like nine-year-old Brooklyn Marshall were also amazed by the detail in all of the designs.

“I’m just wondering how many days this took to build? It’s so incredible,” she said.

The Lego creations will be on display Saturday and Sunday at Heritage Park.

The Southern Alberta Lego User Group will also be hosting a Brick Roundup event Oct. 15 and Oct. 16 from 10 a.m. to 4 p.m. at the Renfrew Community Centre.