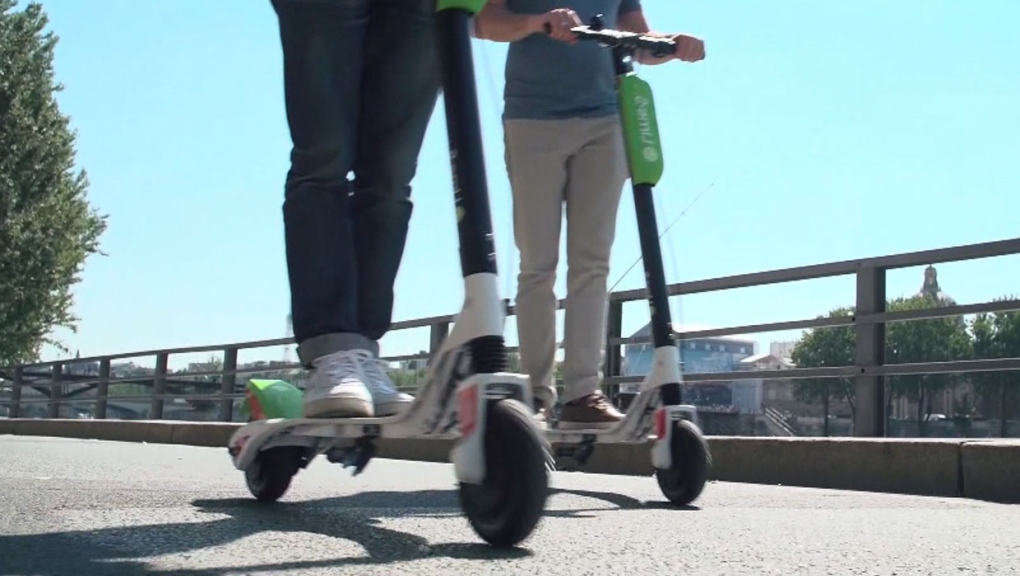 The Calgary has approved a 16-month pilot program that will provide e-scooters as a commuting option in the city. (File)

City council has approved a pilot project that could bring electric scooters to the streets of Calgary just in time for Stampede.

For the next 16 months, residents will be able to try out electric-powered scooters as a way to provide a commuting option in and around the downtown core.

The devices were made legal to use in Alberta when an exemption to the Alberta Traffic Safety Act was granted late last week.

The city says the e-scooter pilot program is being provided at no extra cost to taxpayers.

Companies seeking to provide services to residents can apply for a permit that will allow them to launch up to 1,000 e-scooters which can be ridden on city sidewalks, bike lanes and parks and pathways.

Mayor Nenshi praises the addition of scooter services to the city's commuting options and says all efforts will be put towards public safety.

"The pilot will also be focused on ensuring that any company operating electric scooters is doing so responsibly," he said in a release.

Similar to last fall's bikeshare pilot program, the scooter pilot will operate on a dockless system, meaning they will not be required to be returned to a kiosk or docking station when not in use.

City officials say the summer launch is the perfect time to introduce residents to the devices.

"We hope to see people taking advantage of the summer weather to try out a scooter in some of our most popular months for active transportation," said Nathan Carswell, the city's Shared Transportation Program Manager, in a release.

The scooters are only available to residents ages 18 and older. Helmets are not required to ride, but are encouraged.

The maximum riding speed is 20 km/h and riders should be aware that it is illegal to operate an e-scooter while under the influence of drugs or alcohol.

The cost for customers to use the devices will be up to the provider.

Further information can be found on the city's website.