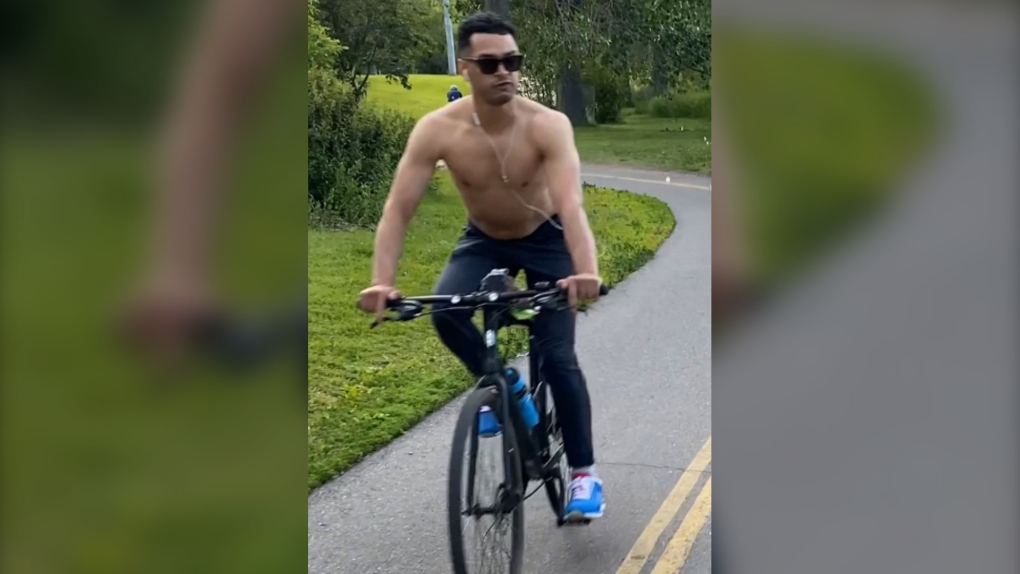 CALGARY -- A Calgary man faces criminal charges after a series of spitting incidents that took place Saturday evening on a Calgary bike path.

The incidents in question took place around 8 p.m.on a pathway in Ramsay, where the offender, who was unprovoked, allegedly spat on at least three different people and used racial slurs.

When confronted by a witness about his behaviour, police say the offender threatened them with a weapon.

Video of one of the spitting incidents went viral online and the offender was quickly identified.

Justin Riaz WIlliams, 31, a former University of Calgary employee,  is now facing three counts of assault and one count of possession of a weapon dangerous to the public.

Additional charges are possible as the investigation by the Calgary Police hate crimes co-ordinator continues.

One of the people spit on is believed to have been Olympian Erica Wiebe, who tweeted about the incident Monday afternoon.

Just following up on this thread. Thank you for all the kind words to me and the other women that were involved in this string of incidents.

Thank you to @CalgaryPolice for being responsive

Im here for my community & not changing how I show up and support as much as I can. https://t.co/U0EK5XHkrd