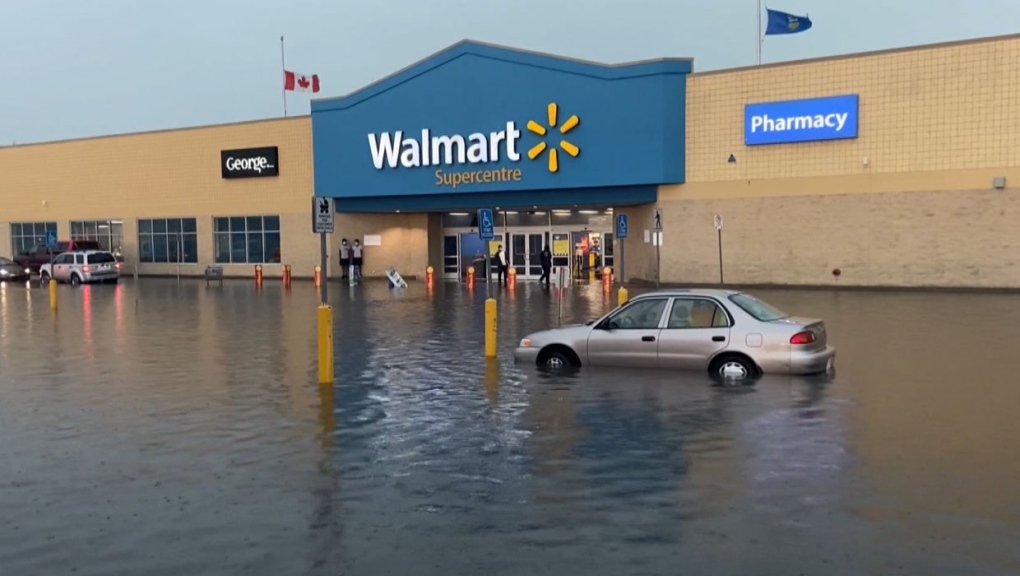 A massive system of thunderstorms pushed through Calgary Friday evening, resulting in damage and lots of flash flooding.

A summer hailstorm in Calgary that caused flash flooding, broke tree branches and battered homes has been named on Environment Canada's list of the Top 10 Weather Stories of 2021.

Senior climatologist Dave Phillips has been compiling the list for more than two decades.

His picks for the most descriptive and expensive weather events of the year include, in eighth spot, a hailstorm that hit Calgary on the evening of Friday, July 2.

"At approximately 7 p.m., fire crews were busy at over 70 different incidents around the city, all at the same time," the CFD said in a July 2 news release. "This meant almost every single fire truck and crew available were out on an emergency call."

Fire crews responded to a wide variety of emergencies, which included:

We are receiving multiple reports of flash flooding and hazardous driving conditions across #yyc on #yycroads. Please avoid driving and exercise extreme caution if travel is necessary. #yyctraffic #abstorm

A month later, the Insurance Bureau of Canada (IBC) released its report on the July 2 storm, saying it caused $247 million in insured damage.

The July 2021 hailstorm is nothing compared to one in Calgary in June 2020 that caused roughly $1.2 billion in damage, making it the costliest in Canada's history, according to the IBC.

To see the other weather events that made Phillips' list, visit Environment and Climate Change Canada's website.

A fire ripped through a packed Coptic Orthodox church during morning services in Egypt's capital on Sunday, quickly filling it with thick black smoke and killing 41 worshippers, including at least 15 children.