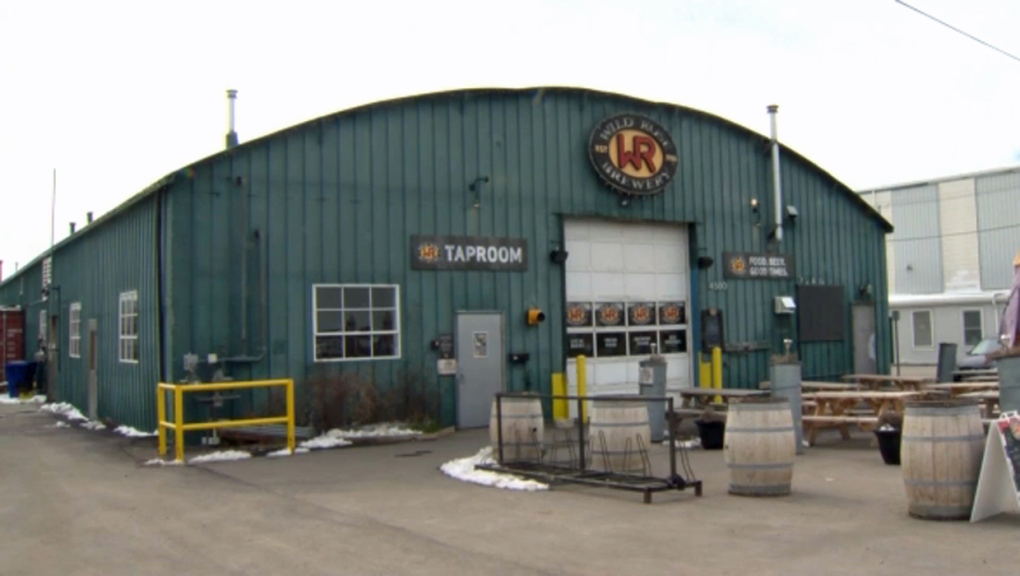 The Wild Rose Brewery taproom in Currie Barracks will remain open as the brewery expands its production facility in the city's southeast. (file)

CALGARY -- A Calgary brewery that was recently acquired by Sleeman Breweries Ltd. is set to undergo a massive expansion of its production facility that's expected to result in more of its product on more store shelves in the coming years.

Wild Rose Brewery has announced plans for a $4.12 million upgrade of its location in southeast Calgary that will increase its production capacity and see the adoption of advanced canning technology.

"We've seen dramatic growth of canned beer here in Alberta over the past 18 months," explained Brian Smith, Wild Rose Brewery's director of operations, in a statement released Monday. "During this time, our team had done everything possible to keep up with the increasing consumer demand.

"This expansion will address our current capacity issues while providing the flexibility for further expansion to support long-term growth."

The upgrades, including the new canning line and additional tank capacity, are expected to be complete by the spring of 2022.

Wild Rose Brewery shareholders voted in favour of selling the company to Ontario-based Sleeman in 2019 and the deal was finalized weeks later.

Dave Klassen, vice-president of operations and logistics with Sleeman Breweries, says expansion was always in the plans.

"Everyone's really pumped," said Klassen in an interview with CTV News. "We acquired Wild Rose, I'm guessing it will be two years ago this May, and we did it fully expecting that we'd be able to grow the business which in turn, would require some investment so here we are not even two years later and we're exactly in that situation."

"Right now we essentially package on one shift during the day. We would be able to do four or five times the amount we're doing today, even on one shift."

According to Klassen, canned Wild Rose products will soon be available in more places and with improvements to the reliability of its supply. "We do have some challenges from time to time meeting demand."

Klassen and taproom staff confirm to CTV News that the taproom in Currie Barracks in the southwest will remain open during the expansion of the production and distribution facility in southeast Calgary. The company also plans to make additional, undisclosed investments on the taproom and retail side, where growth is expected to continue.

The Calgary-based craft brewery began operations in 1996 in the Foothills Industrial Park and later moved to a larger facility. Sleeman Breweries Ltd. was purchased by Japan's Sapporo Breweries in 2006.

The original version of this story indicated the expansion would be completed at Wild Rose Brewery's facility in southwest Calgary. While the brewery's taproom is located in Currie Barracks in the southwest, the production facility that will be upgraded is located in southeast Calgary.