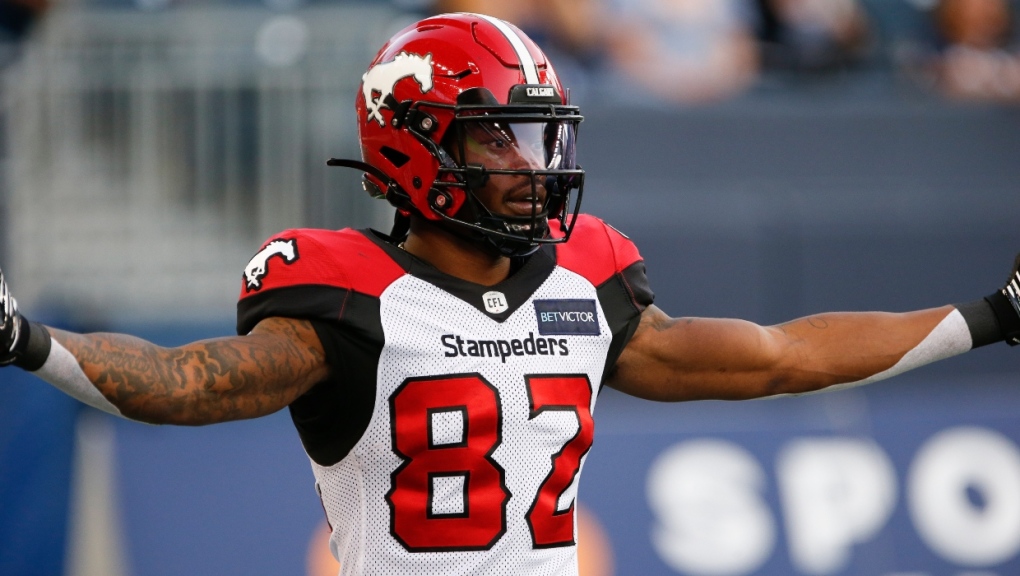 Calgary Stampeders' Malik Henry (82) celebrates his touchdown against the Winnipeg Blue Bombers during the first half CFL action in Winnipeg Thursday, August 25, 2022. THE (CANADIAN PRESS/John Woods)

The Stampeders have signed receiver Malik Henry to a three-year contract extension that keeps him in Calgary to the end of the 2025 season.

The 25-year-old from Tifton, Ga., has amassed 1,023 receiving yards for eight touchdowns in his second CFL season. Henry leads the league in yards after catch with 422.

"Malik this season has emerged as a dynamic playmaker and one of the league's most dangerous receivers,'' Stampeders president and general manager John Hufnagel said Wednesday in a statement.

"I'm pleased that Malik has made this commitment to the organization and look forward to seeing his continued development as one of the important members of our offence.''

Henry signed with the Stampeders for the 2021 season after spending time on NFL practice squads in San Francisco, Indianapolis and New Orleans.

He played nine games and had 11 receptions for 124 yards and two touchdowns in his rookie campaign. Henry also compiled 948 all-purpose return yards.

Before turning pro, he played three seasons at Georgia Southern University before transferring to West Georgia. He led the Wolves in touchdowns with seven in his senior year.

The Stampeders (10-5) are on a bye week with their next game Oct. 14 at home against the Hamilton Tiger-Cats.

This report by The Canadian Press was first published Oct. 5, 2022.