Calgarians can now protect themselves against the theft of their catalytic converter by heading to Kal Tire to have theirs engraved with their vehicle’s VIN.

The project, a partnership between Calgary police and Kal Tire, was announced on Wednesday and launched the same day.

Vehicle owners can have the engraving done at any Kal Tire location across Calgary until the end of March.

The cost of the hour-long service is $40 and incudes a free visual tire and brake inspection.

Customers will also receive two small window decals that indicate the catalytic converter has been engraved with the vehicle’s VIN.

If catalytic converters are engraved, scrap metal recycling businesses and private buyers can use the marking to help identify if they are stolen by accessing the Canadian Police Information Centre database and asking the seller to provide proof of ownership.

If sellers can't provide proof of ownership, buyers shouldn't proceed with the purchase and will need to report it to police. 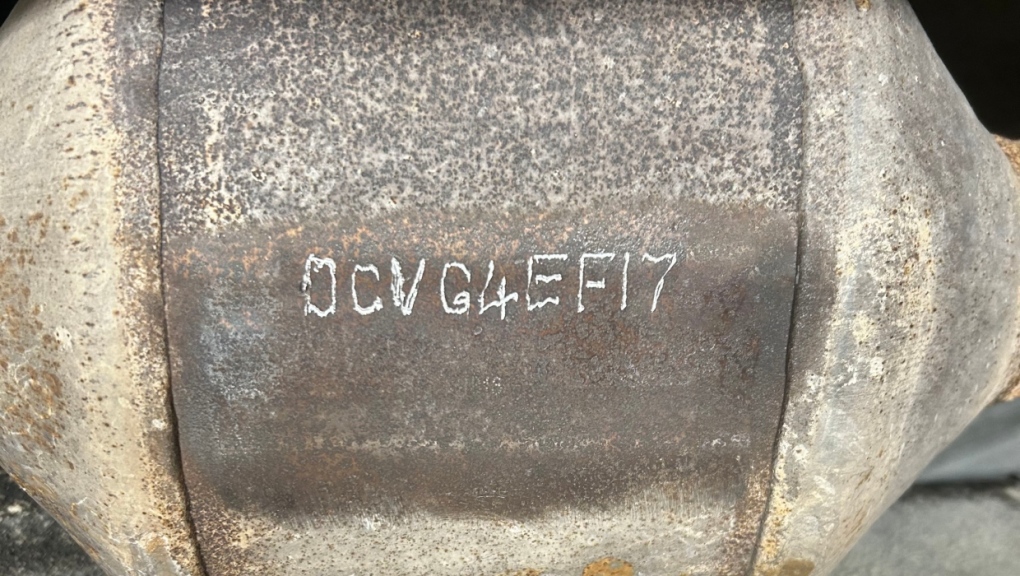 By 2021, police saw a sizeable increase in the crime with 1,560 thefts reported.

The motive for most catalytic converter thefts is due to the price of the precious metals used to make them.

"We are aware that a large number of catalytic converter thefts are not being reported as people worry they are tying up police resources, or that it will be too difficult for the suspect to be located and held accountable," says Const. Brent Podesky.

"It’s important for citizens to know that each report, no matter how small, is taken seriously and helps us develop prevention initiatives, such as the engraving program with Kal Tire."

In addition to engraving your catalytic converter, Calgary police are encouraging citizens to install home security alarms and cameras, and car alarms, to help prevent thefts.

Drivers are also encouraged to park in a closed, secured garage if possible or, if not, a well-lit area outside.

Adding milk to coffee may be anti-inflammatory: Danish study

Members of Parliament return to Ottawa to resume sitting for the first time in 2023 on Monday, with the state of Canada's health-care system, the health of the Canadian economy, and rates of violent crime in this country all top of mind.

Federal NDP Leader Jagmeet Singh says he will sit down with Prime Minister Justin Trudeau this afternoon to discuss private health care ahead of next week's summit with premiers.