CALGARY -- Family doctor Cathryn Zapf says she’s got no choice but to pull up stakes in Canmore and move, after the provincial government announced changes to the funding structure for doctors.

“The cuts are going to be quite substantial, In the order of 30 to 40 per cent," Zapf said, in an interview with CTV News. "My overhead here has been a struggle, and with those cuts, it's just going to be impossible economically to carry on .”

Zapf said what it means is that  her patients will be forced to find a new doctor, or make the 104 kilometre journey into Calgary where Zapf plans to relocate her office.

“It's been a very painful decision to have to make. I've been here for a couple of years and built up a panel of 1000 wonderful patients.”  said Dr. Zapf.  “A lot of my patients will follow me to Calgary but I am concerned about people who are elderly, who can find that journey difficult, or anyone who doesn't have a car.

"I hope that those patients will be able to find another doctor in Canmore.”

Even though Canmore has one of the highest ratios of doctors to residents in Alberta, losing a physician in the small mountain community is a concern for people living there.

“Our health care system is very important to me as the mother of two young boys.” says Canmore resident Chrissy Nickerson “I would like to be able to find the care that they would need here in town. It costs a lot of money to go into the city every time I’d need to go in with a sick kid.” 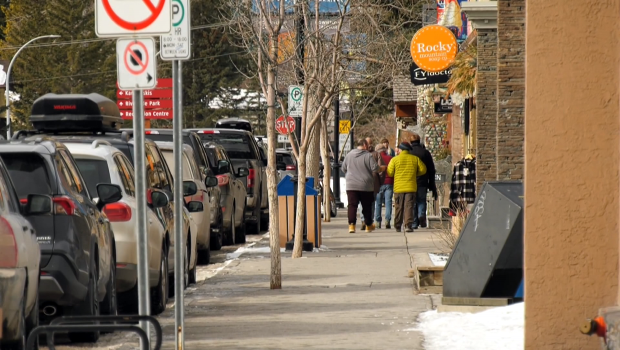 Just down the hall from Zapf‘s office, Dr. Liana Hwang of Mountain Maternity and Family Medicine is eyeing the cuts and evaluating her next steps.

While she hasn’t yet decided to pull up stakes, she says she's already been contacted by recruiters trying to lure her out of province.

“I have been contacted by recruiters in other provinces and there have been other doctors, who are colleagues of mine who have been contacted by recruiters, either from the U.S. or New Zealand,” said Hwang, adding that “they're definitely noticing the discontent and how devastated family doctors feel in Alberta, how unsupported we feel by our government, by the (health) minister -- and they're paying attention to that.”

Hwang published an open letter on her Facebook page deriding the cuts doctors will face, in which she says “Minister Shandro’s cuts effectively disenfranchised physicians from spending more than 10 minutes with their patients. I am heartsick at the thought of having to choose between running a financially viable small business, or giving my patients the time that they need and deserve. “

Hwang is organizing a town hall in Canmore on March 15th at 4 p.m. to discuss the cuts to doctors pay, and its effect on patients. Hwang said response has been overwhelming and she’s been forced to look for a  larger location to hold the event.

“I've reached out to your MLA Miranda Rosen a number of times and also sent emails to the (Health) Minister," she said. "I haven't heard anything back from them. So they're just not engaging at this point.”

“I'm hoping that if the government won't listen to the doctors in terms of how to make cuts in a way that is safe for patients, that hopefully they will listen to the patients and their constituents.”

The provincial contract with doctors was set to expire at the end of March, but negotiations between the Alberta Medical Association (AMA) and the UCP government broke down in mid-February after mediation failed.

The province then decided to simply implement the terms of its final offer.

The AMA has said it will fight the new physician pay and benefits program in the courts.