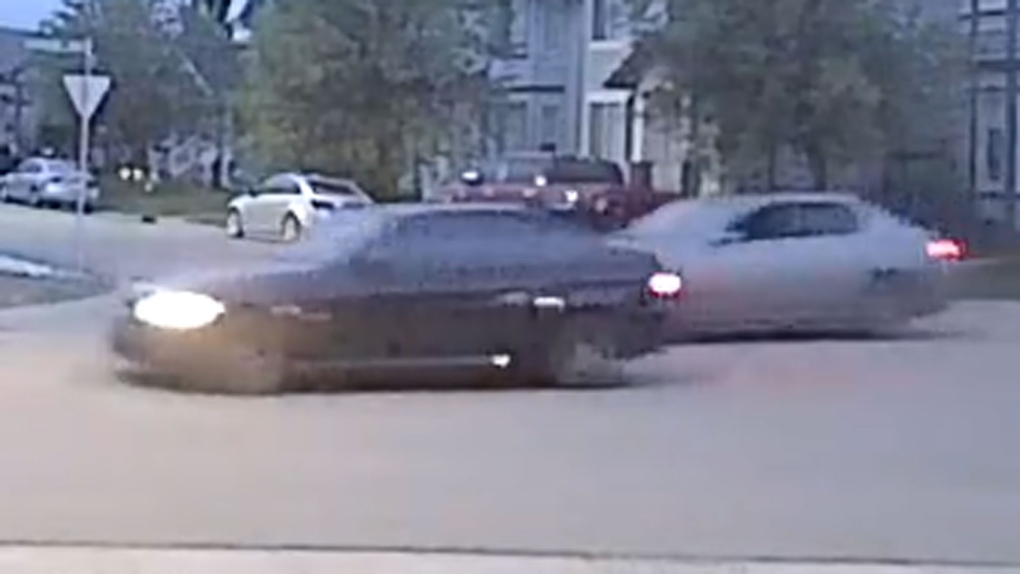 Calgary police want to speak to anyone who might recognize this BMW they say is connected to a shooting in Taradale last Friday. (Supplied)

CALGARY -- Calgary police say two people have been charged in relation to a shooting that took place late Friday night in the community of Taradale.

Officers were called to the scene, in the 0-100 block of Tarington Way N.E., following reports of gunshots in the vicinity at approximately 10:15 p.m. on June 5.

No one was injured as a result of the shooting, but several homes had been damaged by gunfire.

A short time later, while police were searching the area for suspects, a silver car was involved in a crash with a vehicle being driven by an innocent bystander.

The two occupants of the sedan, who had been injured in the crash, were arrested.

Terrel Chol, 25, of Calgary, is charged with:

Marcell Divon Simms, 22, of Calgary, is charged with:

Investigators are still looking for information from the public about a dark-coloured BMW that was involved in the shooting.

Anyone with information on the BMW or its occupants is asked to contact the police non-emergency line at 403-266-1234. Tips can also be submitted anonymously to Crime Stoppers through any of the following methods: