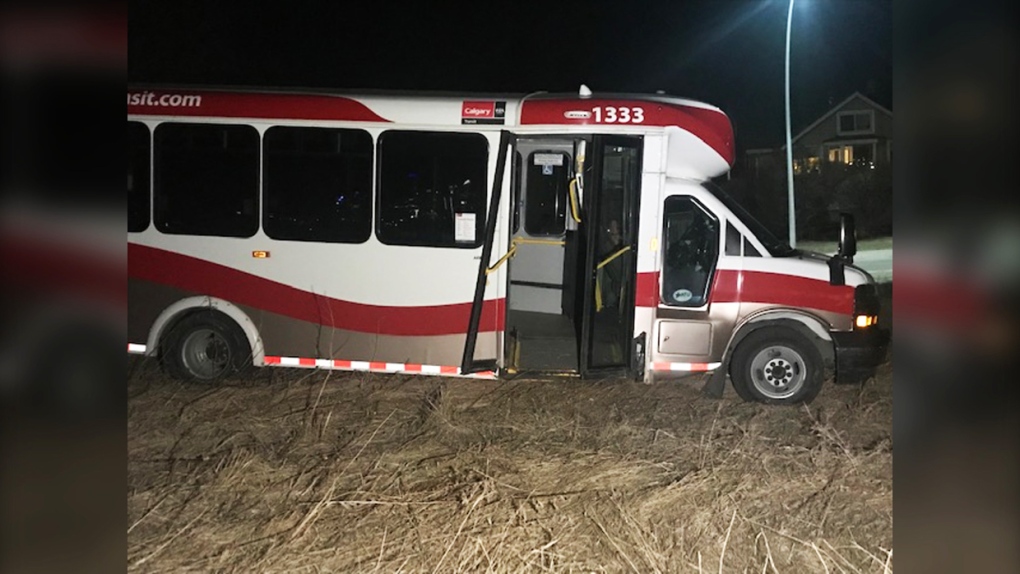 CALGARY -- A Calgary transit passenger in a hurry took matters into her own hands Tuesday night, driving off with the bus she was a passenger on.

The incident took place just after 10 p.m. Tuesday night, at the intersection of 17 Avenue and 33 Street S.E., where a bus driver stepped off their bus to ask for assistance for a passenger, who had passed out, according to a police spokesperson.

While the driver was off the bus, the passenger woke up, got into the driver's seat and drove away.

There were no other passengers on the bus at the time.

Police were able to locate both the bus and the alleged bus bandit a short time later, near 26 Street and 24 Avenue S.E. A woman was taken into custody without incident.