CALGARY – City councillors are looking at speed-reducing options that could see speed limits on all but Calgary’s busiest roads dropped down to 30km/h.

Three options to reduce speed limits in Calgary are scheduled to be presented to the city’s transportation and transit committee on Wednesday.

The potential scenarios would see speed limit reductions not only in residential areas but also on collector roads that move traffic from local streets onto major thoroughfares.

The three options on the table include:

A reduction to 40km/h on both residential and collector roads 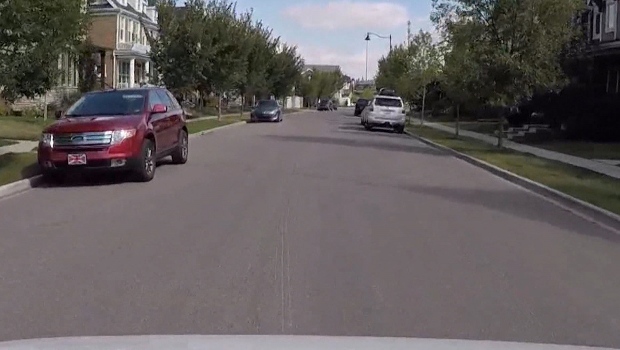 The city committee is expected to review reports on all three options Wednesday. It’s recommending a public consultation period begin next month before a final report is presented with recommendations to council in February 2020.

"We’ve seen pilots in other cities where they change the speed limit but did not ramp up the enforcement and change the number of street calming or construction," said Keating. "Whether it's electronic enforcement, static stop or a number of things with Calgary Police Service or bylaw officers, there's no sense doing one without the other."

The cost of public engagement is expected to be around $200,000 and the funds are slated to come from the existing safety and community mobility budgets.

The cost of implementing any specific option is not yet known but the city hopes reducing the number of collisions will actually save money in the long run. The city said around 35,000 collisions occur in Calgary every year, approximately 10,000 of which happen in residential neighbourhoods.