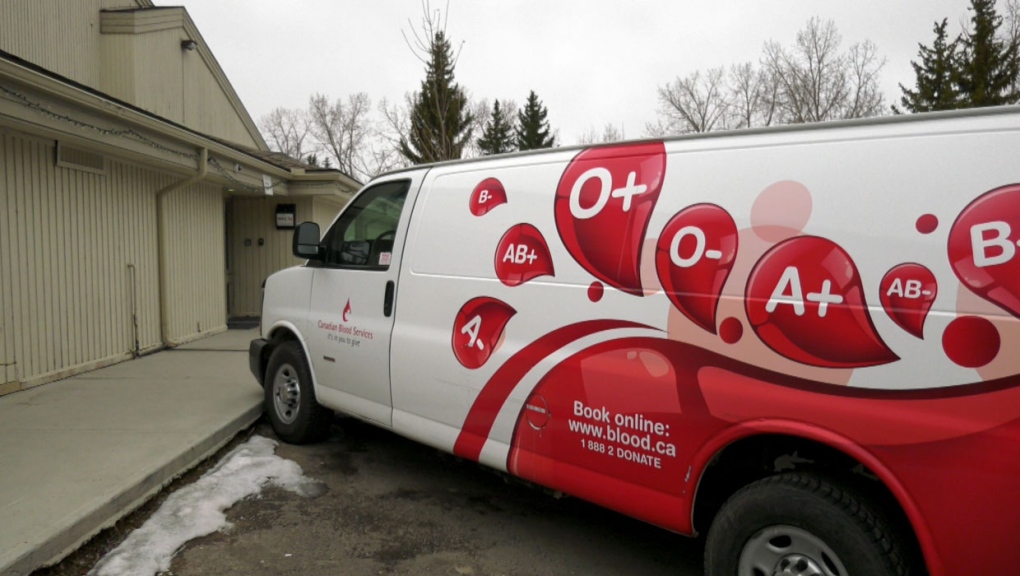 A blood drive, hosted by the Calgary chapter of the Muslim Association of Canada, was held on Saturday.

CALGARY -- The Calgary Chapter of the Muslim Association of Canada (MAC) is doing its part to support some critical services that have been stretched as a result of the coronavirus pandemic.

The Canadian Blood Services (CBS) announced earlier this week that it was concerned about the possibility of a blood shortage as the country continues to fight against COVID-19.

According to a release sent Wednesday, theCBS says the national inventory of type-O negative and type-B negative can only last for another five days.

To answer the call, MAC held a blood drive Saturday to help the organization restock their supplies.

Organizers say their goal at the event, which has been in the works for about three months, was to collect about 80 blood units. They say the COVID-19 pandemic first caused them to reconsider, but CBS officials gave them the go-ahead.

"The CBS, we called them to cancel, but they insisted to continue doing it because this is the time that we really need blood donations and blood units because there is a blood shortage in Canada," said Ibrahim Jadalowen, civic engagement representative with MAC.

Following that conversation, Jadalowen says MAC held more discussions, then decided to go ahead "because the community needs it."

CBS is informing Canadians that it is safe to donate blood during the COVID-19 pandemic. It says it employs robust cleaning and infection-control practices to protect donors, staff and volunteers. Anyone who comes in to donate is also carefully screened for signs of infection and illness.

Staff add their time slots are also carefully scheduled to make sure they do not violate any of Alberta Health's regulations on gatherings.