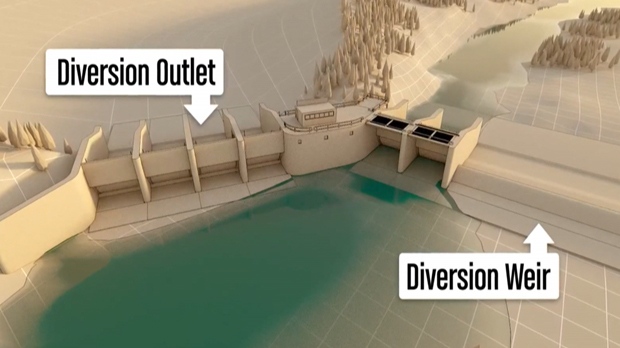 The $432M Springbank dam project won't be completed until 2022 and that's only if all the hurdles, including the problem of acquiring land, are cleared beforehand.

A major project aimed at protecting the City of Calgary from another flood like the one that hit the city in 2013 has been slowed down by another delay, adding to the frustration of Springbank residents.

The Springbank Off-Stream Reservoir Project, planned for a location approximately 15 kilometres west of Calgary, consists of a dam, a storage reservoir, outlet works and road modifications.

If completed, the $432M project will have the ability to contain the entire volume of water that Calgary experienced during the 2013 flood.

Alberta’s Minister of Transportation Brian Mason says the project is essential to the city and other communities in southern Alberta.

“Once the Elbow River empties into the Bow River, it can create a backflow effect from the two waterways which could cause a repeat of the 2013 situation. If such a disaster were to occur, lives would be at stake and the economic future of the City of Calgary would be put in jeopardy.”

However, Mason says that the Canadian Environmental Assessment Agency (CEAA), the federal association responsible for the project, has ordered a review and that will result in a 10-month-long delay.

He says that the CEAA has requested more analysis to be done on a number of topics in the application.

The delay means that the dam won’t be complete until at least 2022.

The decision has upset a number of the landowners in Springbank, many of whom have owned their property for generations.

Ryan Robinson says his home is in the middle of the project and the province has been trying to get him to sell out to help the plan move ahead.

“What the federal government has done today is kick back the project with another delay for Calgary to get meaningful flood protection. The alternative at McLean Creek protects more people, protects more communities and is entirely on Crown land, so the government’s plan to seize thousands and thousands of acres of private land has suffered another huge setback.”

He says that despite what the government says about negotiations, he hasn’t heard from anyone in about a year. Robinson also fears that the government could resort to using legislation to take the land to build the flood mitigation project.

“They make our lives miserable, they hurt the residents of Springbank by threatening to build this project. If we had been working together to build upstream mitigation at McLean Creek, it would already be happening.”

The McLean Creek option was panned by the NDP government as being too costly. Mason added on Friday that there were other challenges in that option too.

“We do not believe that Maclean Creek is a viable alternative. In addition to the technical and environmental challenges with Maclean Creek which are significantly higher than SR1, starting over with that proposal would result in delaying critical flood protection for Calgary by at least an additional two years.”

Meanwhile, Robinson says he is committed to the fight.

“We are going to fight hard to preserve our homes and our businesses. There is no reason in Alberta today that some residents need to lose big in order for others to gain some flood mitigation.”

The Government will be holding two information sessions later this month to discuss the project and the public is invited to attend to voice their concerns.