'Do not see this impacting the relationship': Lethbridge officials not concerned by CTA review of Flair Airlines

'Do not see this impacting the relationship': Lethbridge officials not concerned by CTA review of Flair Airlines 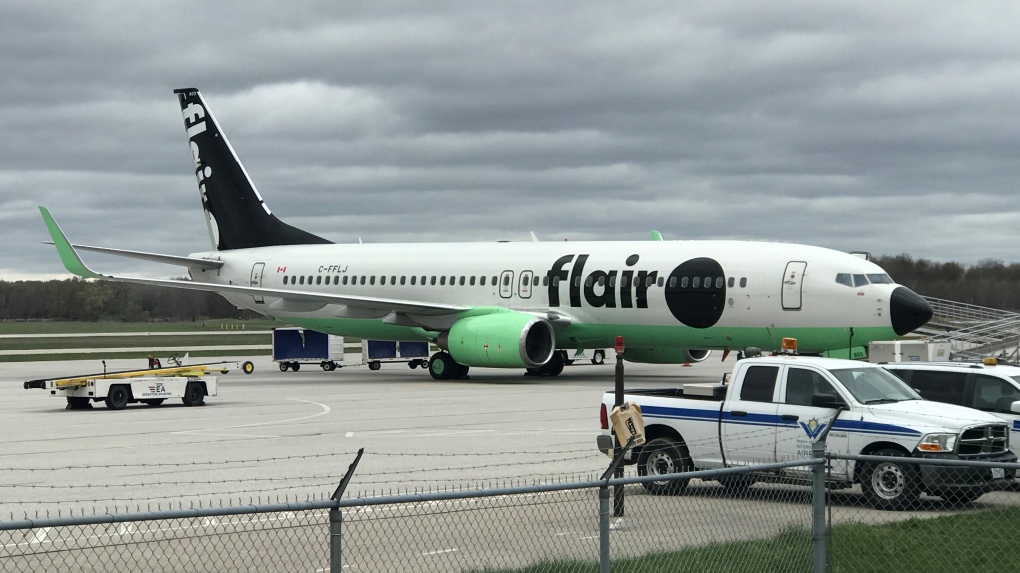 Flair Airlines recently announced it will begin flying out of Lethbridge later this year but the ultra low-cost carrier has hit some turbulence due to a federal review that could keep it grounded.

"The Canadian Transportation Agency has said they may not be controlled by Canadians."

For an air carrier to operate with a domestic license in Canada, it must be owned by a Canadian entity.

The airline is based in Edmonton, but the Canadian Transportation Agency is looking at whether a Miami based company, 777 Partners, is actually the airline's owner.

The CTA issued its review of Flair on March 3 and a issued statement.

"The Canadian Transportation Agency (CTA) continually monitors licenced air carrier's compliance with the Canadian ownership requirement. In situations when the CTA identifies concerns about the Canadian status of an air carrier, the CTA typically issues a preliminary determination in which it provides the carrier a time period for it to respond to those concerns," it read.

"In this instance, on March 3, the CTA issued its preliminary determination on whether Flair is Canadian. The CTA has provided Flair with the opportunity to respond, no later than 60 calendar days from the date of issuance. The Panel assigned to the case will determine what the next steps will be, based on Flair's response. If the CTA determines at the end of the process that Flair is not Canadian, Flair's licences would be suspended.

"At the end of the review process, the CTA will issue a final public determination with reasons and its conclusions, which will be posted on its website."

Erickson says this has the potential to be the end of Flair.

"Unquestionably, the CTA does have the ability to take their operating certificate away, you cannot fly in Canada," he told CTV News.

The City of Lethbridge was thrilled last week to announce Flair would be flying to Tucson, Ariz. in December, marking the first international flights out of Lethbridge in 30 years.

However, the city says they aren’t worried about the federal investigation.

"We understand that a review is underway and that Flair Airlines is working closely with the Canadian Transportation Agency to resolve any concerns," says Lisa Trent, director of commercial, corporate and customer services for the City of Lethbridge.

"We do not see this impacting the relationship we’ve established with Flair and are excited by the potential to grow our partnership by expanding services at the Lethbridge Airport in the future."

The move was part of the city's Airport Incentive Framework, which saw $2.6 million invested into the Lethbridge Airport.

Erickson says the city would have done its part to ensure losses are covered if Flair loses its licence.

"I'm sure Lethbridge, being the sharp operators that they've show in the past, I bet there'd be some conditions on that and, obviously, the airline being viable and still flying may well have been one of them," he said.

In response to the report, Flair Airlines also issued a statement to CTV News on behalf of president and CEO, Stephen Jones.

"Flair Airlines is a Canadian airline and is controlled by Canadians both in law and in fact. Flair Airlines, at all times, operates its business in compliance with the laws and regulations governing air transportation in Canada," it read.

"Flair Airlines will fully cooperate with the Canadian Transportation Agency review and will respond to the Canadian Transportation Agency in a timely manner. Flair is here for the long term and is committed to finally bring sustainable, affordable airfares to the people of Lethbridge. Customers can absolutely book with confidence, and we look forward to welcoming them aboard this summer."

Flair has until the start of May to respond to the CTA’s preliminary report.

Amid a shortage of firefighters across Canada, the Canadian Association of Fire Chiefs (CAFC) is calling on the federal government to address the grave impact these shortages will have on vulnerable communities.

While the federal government was successful in procuring COVID-19 vaccines amid an urgent pandemic situation, the Public Health Agency of Canada (PHAC) fell short when it came to minimizing the number of doses wasted and now millions are about to expire, according to Canada's auditor general.