Dogs being shipped for commercial purposes will be sent as cargo, WestJet says

CALGARY -- Calgary-based WestJet Airlines says anyone who boards one of its flights with a pooch meant to be sold, adopted or handed over to a rescue organization must put them in the cargo hold.

The company announced the new restriction Thursday, saying the change wasn't their idea, but was what they were "subject to" as a result of a recent change by the Canada Border Services Agency.

In a document dated February 2018, the CBSA says all dogs coming into Canada for sale, rescue and adoption, breeding, show or exhibition must be shipped as cargo and should have the proper permits in place in case the dog is younger than eight months old.

WestJet says the new regulation will affect anyone travelling with pets destined for animal welfare organizations or those that will be adopted by someone else.

"Dogs can still continue to be rescued – with the proper documentation and respecting any heat embargos – but must be sent as cargo as per CBSA," the company said in a statement.

The change isn’t sitting well local animal welfare group, Fur-Ever Homes Rescue. The organization says it already pays WestJet hundreds of thousands of dollars and costs will increase with having to put animals in cargo.

"It used to be $75 to transport a dog in cargo and now it’s $200," said Carmen Zvonik, President of Adoptions at Fur-Ever Homes Rescue.

Zvonik also notes a major concern lies in the fact that there is no cargo facility in Cabo San Lucas so no rescue dogs would be able to fly out of that location.

"Those animals have very, very little resources available to them. They don't have opportunities to get adopted locally. A lot of them have injuries or things that people there just don't want and those animals will be left to die."

WestJet adds anyone who is determined to be travelling with an animal that isn't legally theirs is subject to fines and delays when passing through customs.

The dog will also have to be sent back to its country of origin. 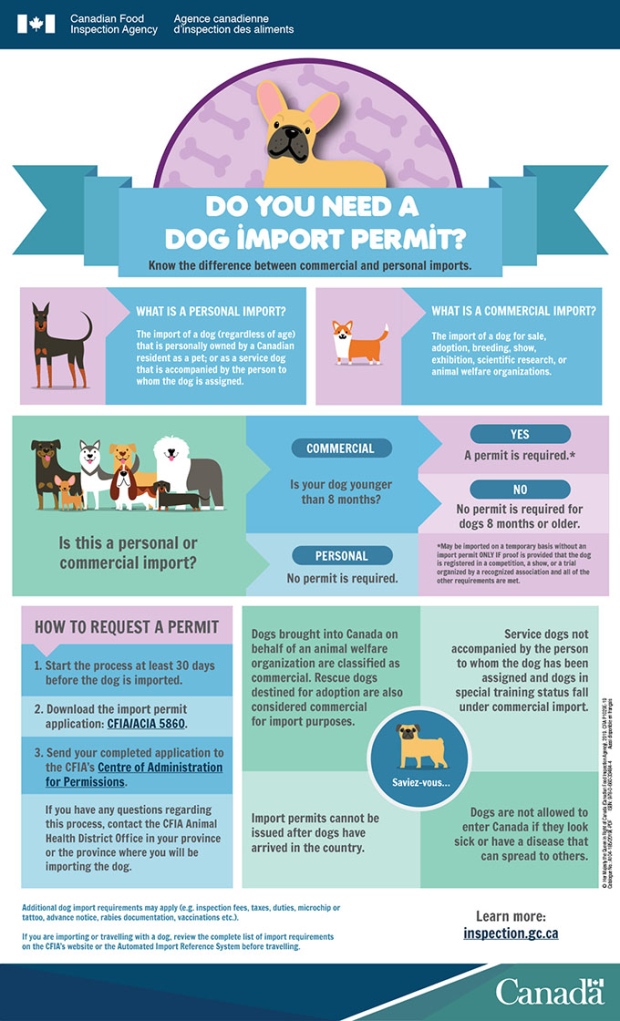 The CBSA has yet to respond to requests for comment from CTV News regarding its policy on transporting pets for commercial purposes and there is no indication of the policy on the CBSA website.