CALGARY -- Vacancy rates in downtown Calgary remain high but there may be light at the end of the tunnel.

New statistics from Avison Young show the vacancy rate downtown for the last quarter of 2019 was 23.5 per cent, the lowest it has been since the the third quarter of 2016 when it was 22.9 per cent.

That may still be a less than desired vacany rate, but some real estate experts believe that creates as many opportunities as obstacles.

"We are seeing a lot of new business move into the downtown core," said Jason Hardy, the executive director of the Real Estate Development Institute.

"We are an economy and a province built on entrepreneurship. There's a lot of fire, energy and passion and if any city and province can make an incredible comeback, it is ours."

Hardy said the current glut of vacancies make it a good moment for smaller businesses looking to move downtown. 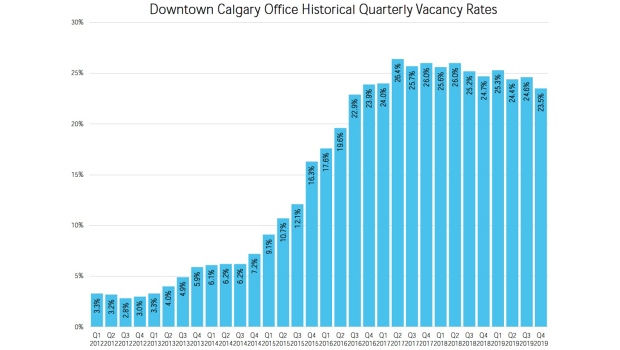 "Wonderful opportunties for small and medium-sized companies to finally have an opportunity to operate their business downtown," he said.

The economic downturn took its toll on Riaz Mamdani, whose Strategic Group saw over 50 properties, with an estimated value in excess of $650 million placed in receivership, after a restructuiring plan was rejected  Dec. 20 by Court of Queen's Bench Justice Karen Horner.

The company has repurposed several of its buildings into rental apartments, and were planning to do the same with the historic Barron Building on Eighth Avenue.

In an interview with CTV News, Mamdani said the downturn has taken a toll on everyone's business model.

"The deterioration of our overall revenue, the solvency and business plans of many of our tenants just don't work in this current economy," he said. 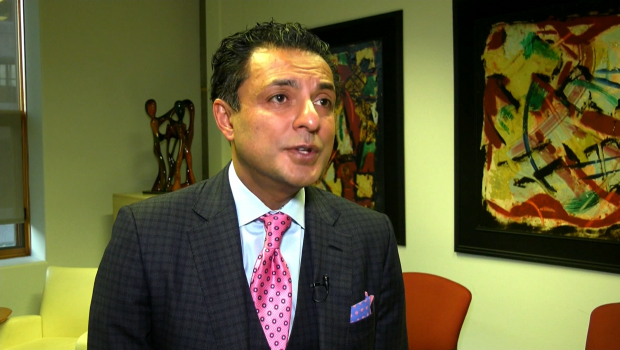