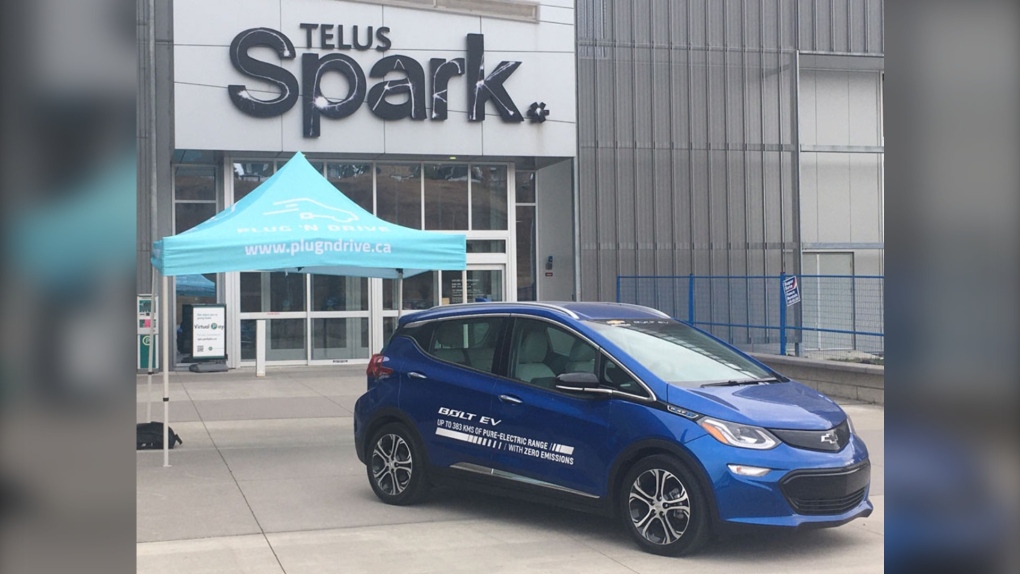 ENMAX is offering rebates of up to $1,500 for homeowners and businesses looking to install EV chargers to help expand the system in Calgary.

CALGARY -- A new pilot program aimed at getting more drivers on board with electric vehicle technology is on right now at Calgary's Telus Spark Science Centre.

The Plug'n Drive Roadshow, sponsored by ENMAX, features a new pilot program where the company has offered to help Calgarians to install electric vehicle (EV) charges at their homes and businesses.

"In exchange for that, what we get is data so that we better understand how EVs impact our system here in Calgary," said Jana Mosley, senior vice-president of power delivery.

Mosley said the growth of EVs in Calgary have increased 60 per cent year-over-year for the past three years in Calgary. They predict the amount of EVs to increase tenfold in the next five years.

Electric vehicles on a home charging system takes about four to six hours to fully charge and approximately 30 minutes on a fast charger.

"EV charging for a typical homeowner costs on average a dollar a day," says Mosley. "A typical homeowner would see an electrical load increase on their power bill of an equivalent of two to three clothes dryer units."

Calgarians can get more information and test drive an electric vehicle at the Plug'n Drive Roadshow at Telus Spark Friday and Saturday.