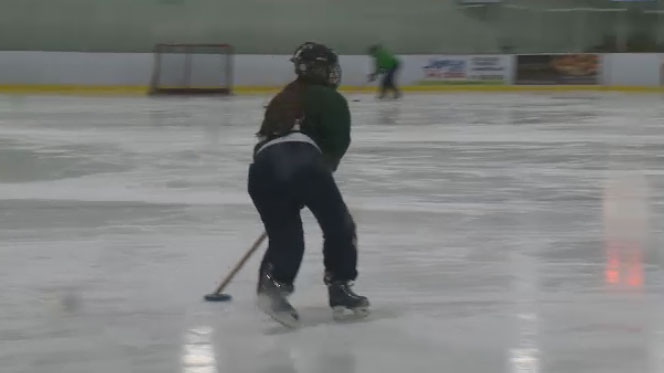 The sport of ringette has 30,000 players in Canada, mostly women, and is becoming increasingly popular around the world.
CALGARY -

Due to uncertainty surrounding the latest surge in COVID-19 cases, the Esso Golden Ring tournament has been cancelled for 2022.

The world's largest ringette tournament was scheduled for Jan. 14-16, 2022 in Calgary, but organizers confirmed late Wednesday afternoon that the tournament has been cancelled.

The tournament was to have featured 167 teams including 18 from out of the province, prompting the decision to cancel it.

"The Esso Golden Ring Committee was very disappointed to have to cancel the tournament again this year, for our 35th Anniversary year. It also signifies the second year in a row that Ringette Calgary is not hosting Canada’s largest ringette tournament," said Kate Coolidge, chair of the 2022 Esso Golden Ring.

"As for the athletes, not attending this tournament will leave a gap in an already blighted ringette season. I hope everyone can understand that rescheduling ice times, reconfiguring pools and pool sizes and reassigning officials and volunteers due to last minute isolation requirements would be impossible for a tournament of this size.

"It was becoming more and more clear to us that some, if not most, teams may be faced with a reduced pool size, under qualified officiating, lack of volunteers and cancelled games if we proceeded; and we opted to cancel the tournament, so the quality of the event stays intact. We have the full support of our sponsor Imperial, in this important decision."

Meanwhile, a Hockey Calgary spokesperson said no decision has been made yet regarding Esso Minor Hockey Week, which is scheduled to start on January 7.

"Hockey Calgary has not made any decision on our plan forward in 2022," said executive director Kevin Kobelka, in an email.  "We are reviewing all options and awaiting direction from the government and our governing bodies regarding the plan for youth sport in 2022."