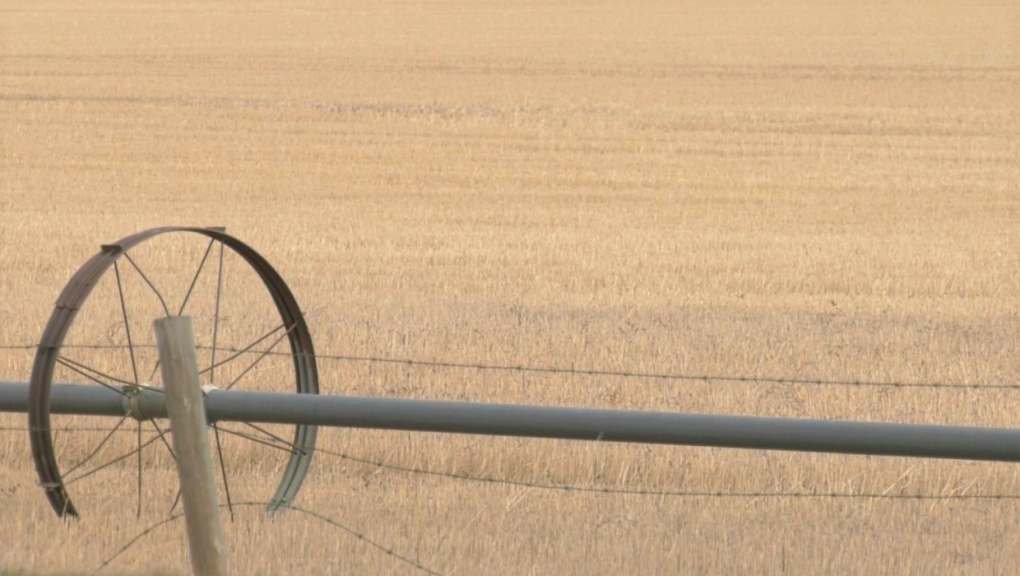 A farmer's field in Alberta is shown.

With the Lethbridge area not seeing much snow over the past few months, the dry conditions are already causing grief for some farmers.

"We had some snow fall but most of that just blew away or blew around," said James Johnson with Johnson Fresh Farms near Taber, Alta. "It’s still extremely dry."

Just weeks away from spring seeding, Johnson calls the dry conditions just another bump in the road. But there are more bumps on the road than usual this year, like the rising cost of fertilizer and gas as a result of Russia’s attack on Ukraine.

"Especially with the high input costs right now with fuel and fertilizer, I know it's probably a little bit different for the dryland guys, they're really going have to think long and hard (about) how much fertilizer they want to risk putting on their crop," said Johnson. "We’re lucky to have irrigation."

Southern Alberta experienced a large drought throughout the summer last year, with many crops wilting away in the heat.

"We’re going into this season really lacking any sub-soil moisture at all. In some areas, there will be some top moisture, and I’ve seen some reports on that, where people think they have enough to maybe germinated, but it's not enough to carry the crop on,” said Lynn Jacobson, president of the Alberta Federation of Agriculture.

Jacobson says the lack of moisture can effect more than just crops.

"There's not going to be a lot of grass for the cattle for grazing, for people with cattle, so that's going to have an effect on people with grazing leases and even their own pastures," he said. "And hay is already tight this year, so that's just going to cause another problem."

There isn't much precipitation in the long-range forecast, something Environment Canada meteorologist Alysa Pederson says has been the trend since October.

“We only had about 88.7 mm of precipitation, which is only about 63 per cent of normal,” she said.

Pederson said much of Western Canada saw a La Nina throughout the winter, which brought less precipitation.

She says cooler but drier conditions are expected throughout the spring in the Lethbridge area.

“We’re looking at a little bit below normal, but that doesn’t mean we're going to have warm weeks, or below normal weeks, kind of averaging out through the season,” Pederson said. 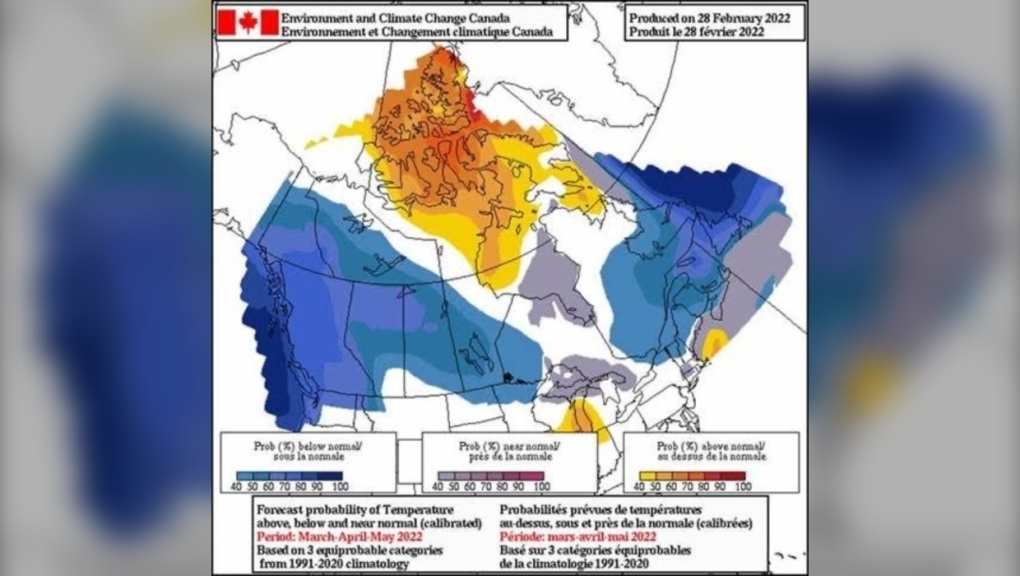 A map from Environment Canada. Pederson added that the past winter is in line with 2021 and 2020.

With warmer weather on the horizon, Jacobson expects crop insurance to be a hot item once again this summer.

Both Johnson and Jacobson say all they can do now is cross their fingers and hope for rain.