Three men are dead after a fiery crash between two semis along Highway 1 near Field, B.C.
The collision on the Trans-Canada Highway, just west of the B.C.-Alberta boundary, happened just before 6:50 a.m. Sunday, according to the Golden-Field RCMP.
The three men have been identified as 25-year-old Tanner Lieftin and 30-year-old Brandon Richard Johnson, both of Chilliwack, B.C., and 34-year-old Jagsir Singh Gill of Calgary.
Gill’s parents, brother and sister flew to Calgary late Sunday from Toronto. Monday, they drove to the scene of the collision to see it first-hand.
Gill was married with two children, three- and 12-year-old boys.
Gill’s cousins, Amandeep Gill and Dhavneet Gill, told CTV he was planning to quit his job trucking this fall and open his own business so he could be home more with his family.
“(He) loved his family, loved his kids. You know, he was stuck like glue to his kids. (He) just wanted to spend more time with them,” said Amandeep Gill.
“That's why he wanted to leave trucking. He never got the chance to do that.”
Gill’s truck was carrying a load of drywall, heading to Calgary. His family says he stopped Saturday night in Golden to have a flat tire repaired, and headed out Sunday just after 6:15 a.m., about half an hour before the crash.
The other vehicle was carrying a load of 4H dairy cattle returning from competition in Manitoba. 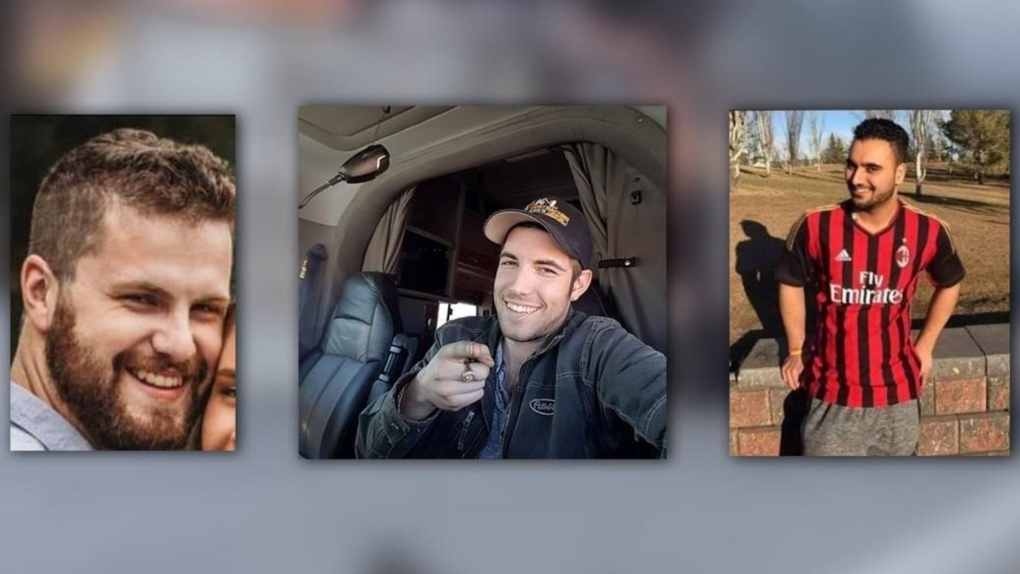 Twenty-five-year-old Tanner Lieftin and 30-year-old Brandon Richard Johnson, both of Chilliwack, B.C., and 34-year-old Jagsir Singh Gill of Calgary were killed in a crash between two semis along Highway 1 near Field, B.C.
Aleda Welch, manager of 4-H British Columbia, says she believes all the animals were also killed in the crash.
“A number of them were from the Okanagan area. There were also some from the Lower Mainland Fraser valley area,” said Welch.
“It’s extremely devastating to the 4-H community. The kids have suffered a loss. They have been working with these calves (the) last four or five months. (It's) quite shocking for them to hear that they weren’t going to be arriving back home.”
A crowdfunding campaign for Lieftin has raised more than $62,000.
The crash occurred at the Yoho National Park west gate, approximately 35 kilometres east of Golden.
The BC Coroners Service has been called and is investigating, police say.
The highway was closed in both directions throughout the day from 11 Street N. in Golden to Beaverfoot Road, according to DriveBC. It is expected to remain closed until 7 p.m. Monday.
Motorists travelling between Golden and the Alberta boundary are advised to use Highways 95 and 93 as detours.
Anyone with information regarding Sunday's collision, or in possession of dash cam video, is asked to call the Golden-Field RCMP at 250-344-2221.