It was a game plan the Lethbridge Hurricanes organization didn't agree with.

“The only variable or the only change that we've seen in the nature of our operations really is the paid parking,” said Trevor Lewington, who chairs the governance committee.

The new fee has been in place for just two months but the club says its already impacting attendance numbers and revenues.

“We're seeing a drop between 400 to 500 fans a night, so that's directly affecting our revenue and the long term of that would be astronomical at the end of the season,” said Terry Huisman, general manager of business operations with the Hurricanes.

At a presentation to the city's economic standing policy committee on Tuesday, the Hurricanes reported the current attendance rates are on par with last years COVID-restriction numbers, but that's still nearly 5,000 less than the team's first five games prior to the pandemic.

The team is attributing that drop to paid parking.

Huisman told the committee that renewed season tickets are at a 99 per cent rate – but those renewals include free parking. He says fewer fans in the stands affects other areas like the Hockey Hounds 50/50 and community fundraising. 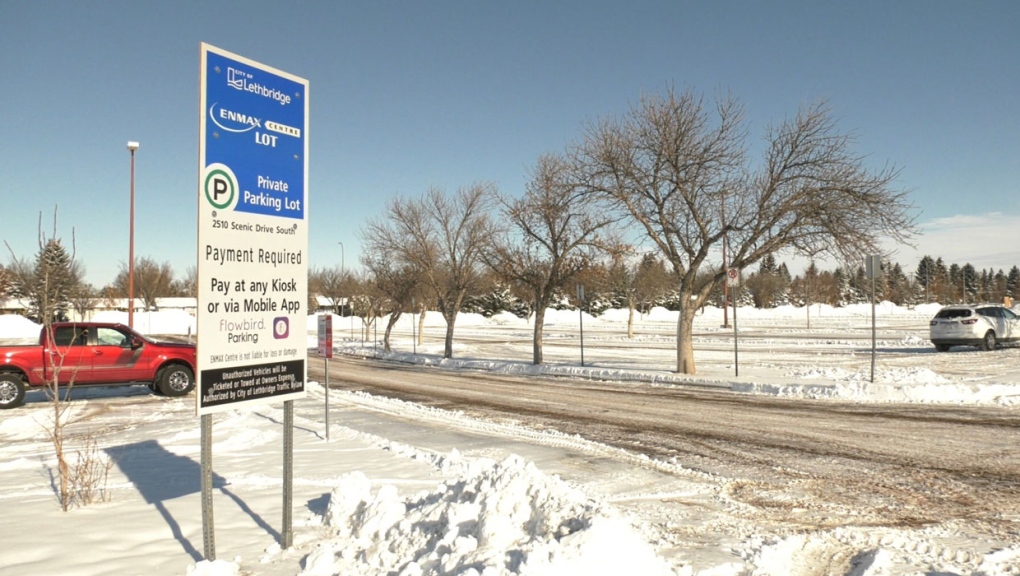 However, the ENMAX Centre says it’s not seeing the same impact.

“It’s a little early for us,” said Kim Gallucci, general manager of the ENMAX Centre. “We have seen that the process is working. For our concerts, it hasn't really impacted us much, hockey could be a different story because it is 34 games a year.”

“We need about six months in order to see any impact to our operations and numbers.”

For the last seven seasons, the Hurricanes have been able to break even or show a profit. The club fears if paid parking continues, the organization could be at risk of debt, not being able to support its education liability, community groups and that advertising revenue will drop.

Huisman says along with making money, it’s also about delivering a fan experience to those in attendance.

“Not only is it financially, but it's also from a player standpoint, if there's less fans in the building, its less exciting to play in front of, the whole fan experience is what we look at as well,” Huisman added.

The committee voted unanimously to take the presentation as information.