FORT MACLEOD,M ALTA. -- A movie filmed in a southern Alberta town is doing the unthinkable these days: being released in actual movie theatres.

Let Him Go starting Kevin Costner and Diane Lane is a drama centred around a couple following the loss of their son who set out to rescue their young grandson from a dangerous family.

Fort MacLeod's historic buildings lent an air of authenticity to the film, said one of the film's crew members.

“Fort Macleod was terrific," said Let Him Go location manager Edsel Hilchie. "Fort Macleod is always a great place to film. It has a great vibe to it. It has a great look to it. Has a period feel to it. All the brick buildings, and two three-story storefronts.”

The crew spent three days filming in Fort Macleod. The film is also shot in other places around Alberta. One young Calgarian even got his big break in it.

“It was crazy because I had no idea I would get the part. Then when I got it I was so excited,” said cast member Finn Lee-Epp.

For the 12-year-old, the experience being around stars like Diane Lane and Kevin Costner was pretty surreal. However, he knew he had a job to do.

Lee-Epp is hoping the occurrence is not a once-in-a-lifetime experience. For Fort MacLeod ,which is used to dealing with big Hollywood film shoots such as Interstellar, Brokeback Mountain and the latest Ghostbusters film, set to be released in 2021, hosting Hollywood bold-faced names is becoming part of its burgeoning brand.

“It is really a huge push for our marketing and promotion of the town of Fort MacLeod,” said Town of Fort Macleod chief administrative officer Sue Keenan. 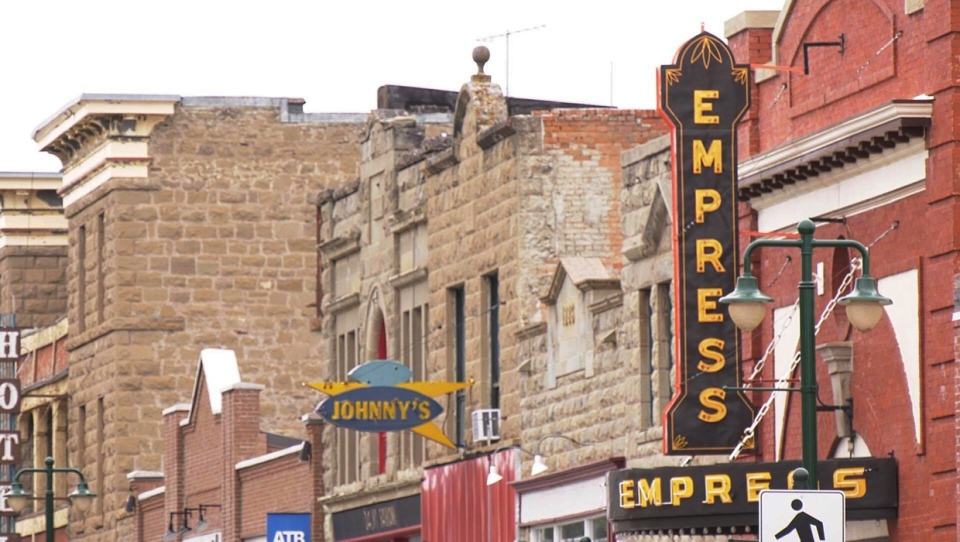 The town offers a visual backdrop that many other places cannot match.

“We have a historical downtown. There are only two of us in the province, ourselves and Strathcona County” said Keenan.

“I think, it’s great, I think it brings a lot of business to the town of Fort MacLeod,” said part-owner of the Digbee Diner.

Keenan mentioned the town has no scheduled films coming to the area for 2021. The town is being proactive in approaching production companies into using Fort MacLeod as a location shoot.