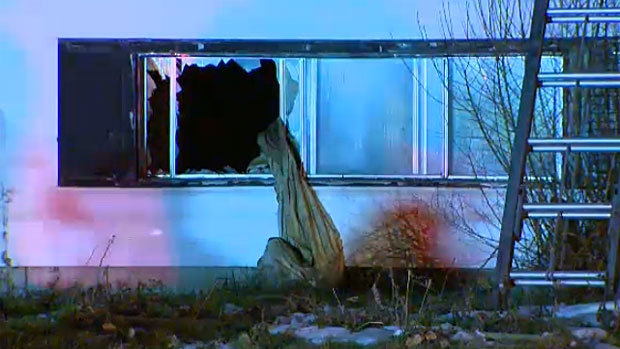 Calgary fire crews are monitoring a home in Penbrooke after a two-alarm fire broke out in the basement early Friday morning.

Calgary fire crews are still on scene at a two-alarm house fire in the southeast community of Penbrooke.

A man came home and found heavy smoke pouring from the basement of his father’s home on Pensacola Way S.E.

He immediately called the fire department and when they got there, they called for a second alarm because of the sheer volume of smoke.

Crews were able to get the upper hand on the fire, which is believed to have started in the basement kitchen area.

“The fire did actually start to burn through the floor into the main floor, so there is a bit of collapse hazard for the crews,” said CFD Battalion Chief Ernie Molineaux.

No one was inside the home at the time.

The cause of the blaze is under investigation.