Flames' Tkachuk misses hockey but cherishes time with his family

CALGARY -- When the National Hockey League suspended play March 12, players were allowed to go their separate ways. For Calgary Flame spark plug Matthew Tkachuk, that meant going back to St. Louis to his parents' home.

In an interview with CTV Calgary, Tkachuk said things like the global pandemic sure seem different in St. Louis.

“I don’t think things are great anywhere," he said. "(Although) here in St. Louis, it seems it’s going maybe a little bit better than some of the other big cities in the United States.”

Of course Matthew Tkachuk misses playing NHL hockey. He’s been around the game since he was a little boy, and his dad Keith was an NHL all-star with the Blues. But with what's going on around the world, Tkachuk said sports is the last thing people should be thinking about now.

“Try to forget about the things that aren’t important,” he told CTV.

“This is a very very serious deal and we need to kill this (coronavirus) before it takes a larger chunk out of our population," he added.

Like other athletes, Tkachuk is doing all he can to stay in shape. He’s been going for runs, long walks, playing pickle ball and basketball on the courts at home. And he says there’s another thing that’s helped him stay in shape.

“My parents have one of those Peloton bikes. The Peloton bike has been kicking my butt each morning on the bike rides.” 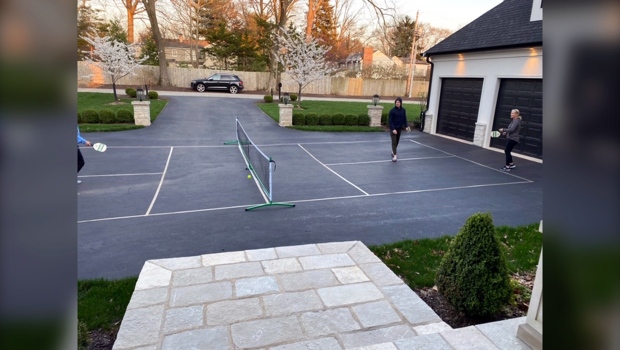 Tkachuk said the thing he misses most about hockey is being away from the team. Hockey players spend a lot of time with each other. Tkachuk says he misses the whole routine with his teammates.

“You see them and you go through all the ups and downs with them. So not having them during those times is definitely hard.”

Matthew Tkachuk does have a different look these days. His mom wanted him to get rid of his scraggly facial hair. Gone is the beard but the moustache remains. 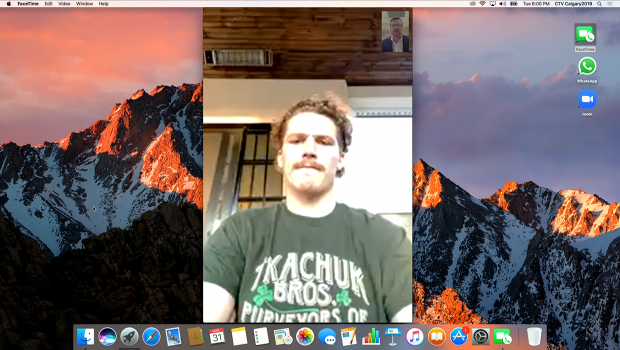 “My mom was like horrified. My sister was disgusted. But my brother loved it so he’s going to try to do it but he can’t grow any hair on his face,” Tkachuk said.

“I’m just going with the look right now to try and lighten the mood in the house. Every time they see me, they laugh so I guess I’m making their days a little bit funnier - so that’s what I’m here for.” 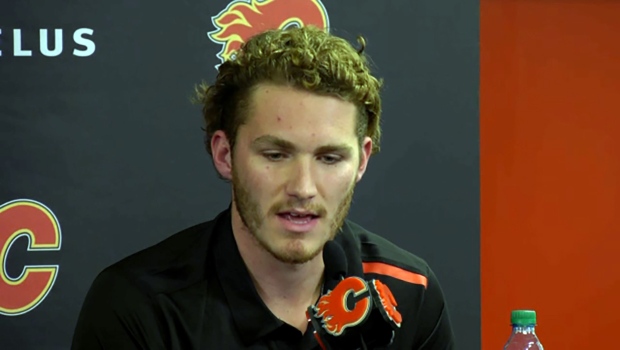 Tkachuk said he and his siblings haven’t driven his parents crazy yet. Well - maybe dad Keith, but certainly not mom Chantal, who he says she looks at the positives and loves the fact that all her babies are home so she can take care of them.