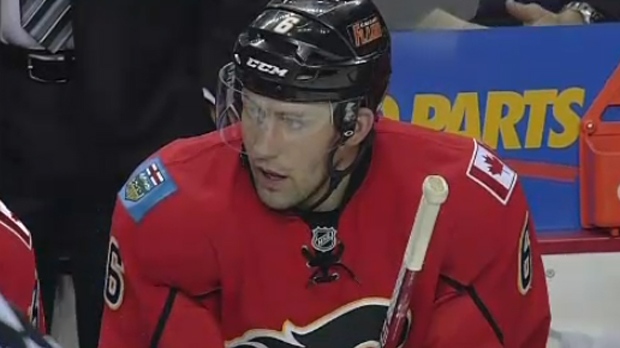 A veteran NHL defenseman remains in a Calgary hospital bed following a collision involving his bicycle and a vehicle which left him with multiple broken vertebrae and a severe case of road rash.

On Tuesday, Cory Sarich, an unrestricted free agent, who spent the 2013-2014 season with the Colorado Avalanche, was involved in a cycling accident in the resort town of Invermere, B.C.

Sarich's agent, Tim Hodgson, said in a press release that Sarich was hit by a car while training on his bike in Invermere.

Sarich was airlifted by STARS Air Ambulance to an undisclosed hospital in Calgary in stable condition with non-life threatening injuries.

Following the crash, Sarich took to Twitter to express his gratitude for the outpouring of support he has received from fans and teammates.

Tks to everyone for their support in regards to my accident yesterday. I am blessed to be here and will most likely make a full recovery.