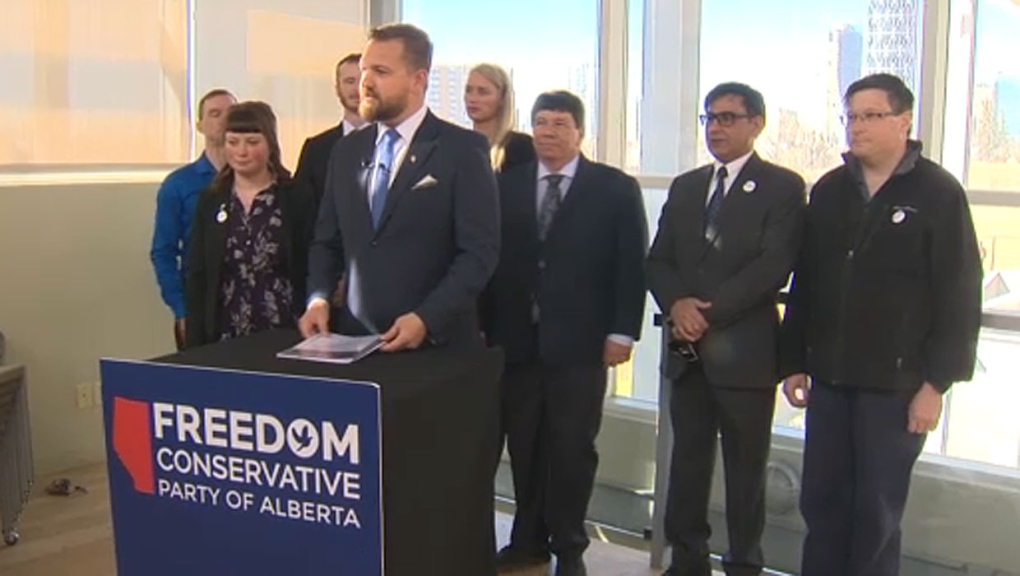 One of the province’s newest political parties released its full election platform on Saturday.

The Freedom Conservative Party, led by former Wildrose and UCP MLA Derek Fildebrandt, was started last year after he was kicked out of caucus.

Under the FCP platform, Fildebrandt says he will introduce a policy to allow voters to recall MLAs, relax gun laws and reduce taxes for residents and businesses.

The FCP will also repeal the NDP’s carbon tax.

“We are the only party that is committed to abolishing 100 percent of the carbon tax. When the Freedom Conservative Party says it will scrap the carbon tax, we don’t mean the carbon tax only on gas and home heating fuel, we mean it on industry, we mean no carbon tax, period,” Fildebrandt told the media on Saturday.

The FCP is only running 24 candidates in Alberta this election but it says it’s only running in ridings where a vote split with the UCP wouldn’t result in an NDP victory.

You can read more details of the FCP's platform by going to the party's website.