The provincial mask mandate was lifted Tuesday but remains in place in facilities the province considers high-risk, including healthcare facilities, long-term care homes, and public transit.

'If that's just one small thing that we have to do right now, I'd rather that than allow us to open everything else," said Albert Banahene.

Banahene’s thoughts were echoed by most transit riders CTV spoke with. Chiara Garcia will continue to wear a mask as she is often around young children who cannot yet be vaccinated.

"I like wearing my mask because so far I haven't gotten COVID," said Garcia. "So I don't want to be one of those people."

Monday, he told council it may require a new civic mandate.

"We did not receive any signals, or information from the province that transit would be treated differently under the changes to the provincial health orders. On Saturday, we were alerted that transit users would still be required to wear a mask," said Morgan.

"We will follow up with the province and if the order does not allow for enforcement by peace officers we will introduce a new bylaw on March 8."

On Tuesday, the premier threw cold water on that idea saying his government will enact changes to the Municipal Government Act to prevent municipalities from bringing in their own health restrictions, saying in an afternoon media availability "we need consistency, clarity and unity." 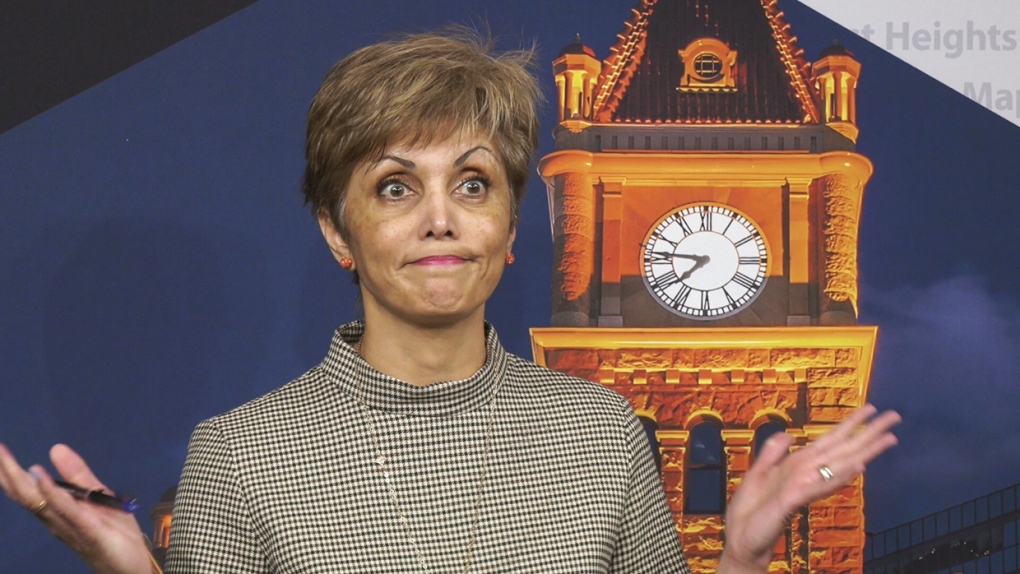 "Come with me on a little gong show that's taking place right now," said Gondek. "You must wear a mask on transit. But the health order does not give the ability for it to be enforced, or to have it enforced - and this is what's beautiful - the city would have to enact its own bylaw, but we can't because apparently according to the Municipal Government Act, that will be rewritten (so) we won't have that power."

When asked about the apparent gap between regulations and enforcement on transit, the premier told reporters he was "not aware" of the issue.

CTV reached out multiple times to the premier’s staff for clarification and were told the ministers of justice, then municipal affairs, and finally Alberta Health Services were working on the issue.

"In step two, masking on municipal transit services continues to be required as it was before in the provincial mask mandate, with the same enforcement mechanisms that were in place previously," it said.

And we will ensure that municipalities can no longer impose their own public health restrictions.