Group activities transform themselves for the pandemic age 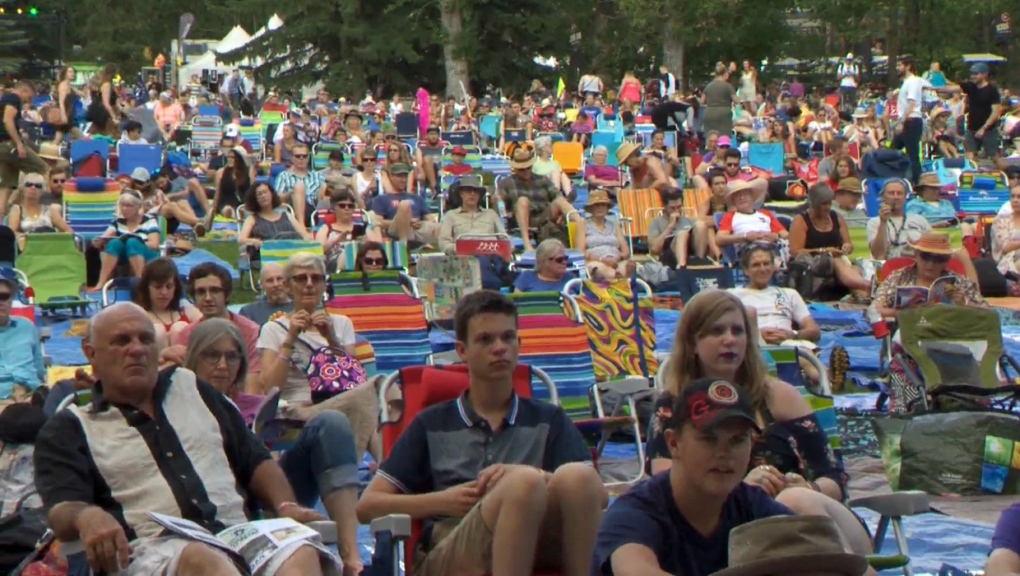 Music festivals, sports, church services, road races, and nearly every other group activity you could name has been cancelled in 2020 as a result of the COVID-19 pandemic.

It was a Thursday night in mid-January. Wuhan was an unfamiliar city of 11 million, in a distant province, on the other side of the world, in China. The windchill was -38. I was walking down Stephen Avenue at 10:30 p.m. past the Palace Theatre, when all these people started pouring out into the bitterly-cold streets. They looked like a post-concert crowd with a twist: a lot of them appeared to be older people, chatting away in the windchill, as if they always spent Thursday nights at nightclubs on Stephen Avenue.

What was going on?

Then I remembered: it was Choir, Choir, Choir night -- and what's a greater group activity than hundreds of cold people gathering together to sing?

'A source of great joy'

Sometimes they're both, like the fall of the Berlin Wall.

What they undeniably are are powerful expressions of human community - something the founders of Choir, Choir, Choir tapped into when they started having the locals drop by a Toronto bar seven years ago to sing together, as a way to cheer up.

Little did they know it at the time, but they had struck a cultural nerve.

“Anyone who’s watched Witness knows that that barn isn’t going to get raised by itself!," said Choir! Choir! Choir! co-founder Nobu Adilman, in an email to CTV News. "Group activities often come out of necessity but they are also sources of great joy and, as you’re exposed to more people from different backgrounds, ages, and ideologies than yours, your sense of understanding and compassion grows.

"The shutdown we’re living through has dramatically altered the way in which we can connect but for as long as we live, we’ll seek out those connections. Choir! Choir! Choir! has been forced, like so many others, to take our sessions and projects online and they will never replace the beautiful feeling of sharing physical space together, but as long as there’s a response on the other end of the line, there’s an opportunity to have a good time. And good times often lead to strong bonds.”

Since mid-March, group activities have been a memory, a recollection of a thing we used to do back in the pre-pandemic days.

And now, two months later, reality is slowly returning to something that resembled what it used to be before mid-March slammed the door shut on the planet, with a single, glaring exception: group activities shall be the last thing we return to at a date to be named later.

“We humans are hard-wired for connection,”Dr. Deena Hinshaw said, in a late April COVID-19 update.. “Despite this, I am asking you to remain cautious, to be creative about finding ways to gather.

“Make sure any gathering is well-planned.”

That mean no CFL tailgaters until after Labour Day. 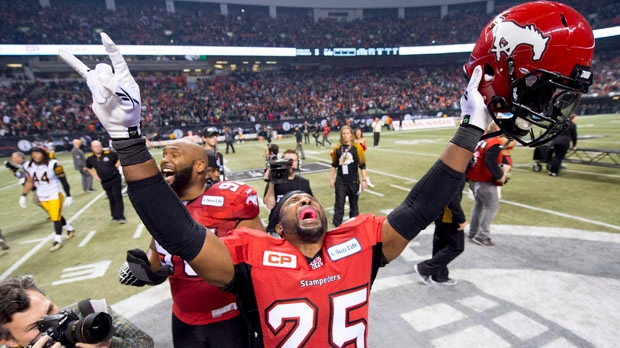 That means no Red Mile, no matter how deep the Flames run into the playoffs, which may well be played in -- Edmonton?

That means no marathons, in Calgary (May), Banff, Edmonton, Vancouver or Victoria - at least not in the way we traditionally think of a marathon. 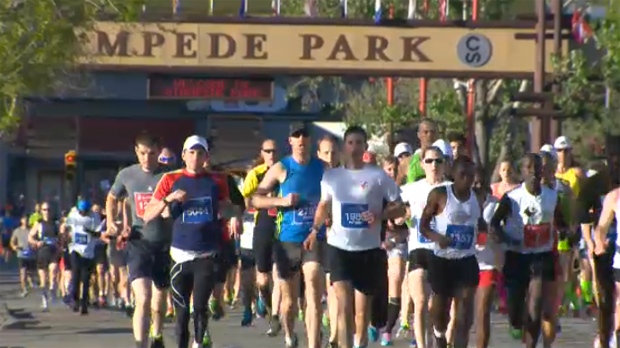 There will be no folk festivals on the prairies this summer. 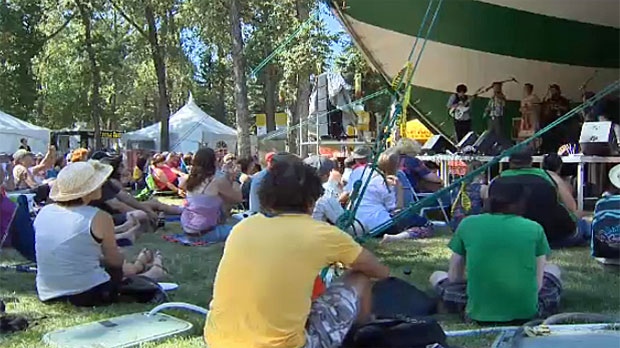 Happily, there are still indivduals out there looking for ways to remotely gather in all sorts of innovative manners.

Zoom has become a verb in a record amount of time.

Despite it all, the COVID-19 pandemic has produced innovation, audacity and even huge, heaping doses of human compassion as we have all sought ways to connect with one another despite being told not to.

In fact, with summer cancelled, and the performing arts in ruins, there’s a new kind of group activity emerging from the smouldering ruins of our solitude.

There's even a song by Calgary songwriter that's a love letter to Calgary's group activities. It's called One Day Soon, and singer-songwriter Joni Delaurier, who wrote the hit tune Pickup Truck, is selling it for a buck and donating the proceeds to the United Way Calgary and Area COVID-19 Community Response Fund

Here’s a few group activities you or your family can log onto from the living room.

Group activities for the pandemic

Youth Singers of Calgary - Free online drop-in choral program. Every Wednesday through June 24, you can join the online HUB at home on the YSC Facebook page, for an hour of vocal warmups and singalongs with experienced artistic staff members and guest directors. No previous experience is necessary. (Virtual tip jar on Facebook livestream). 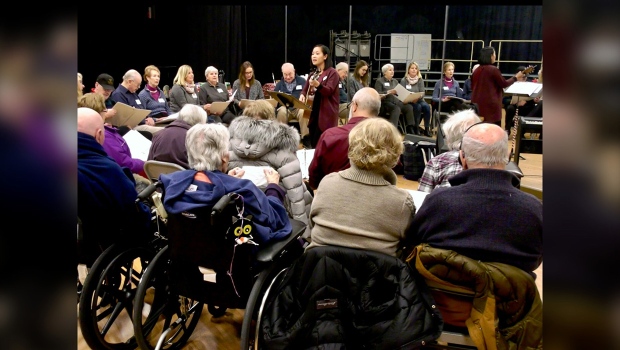 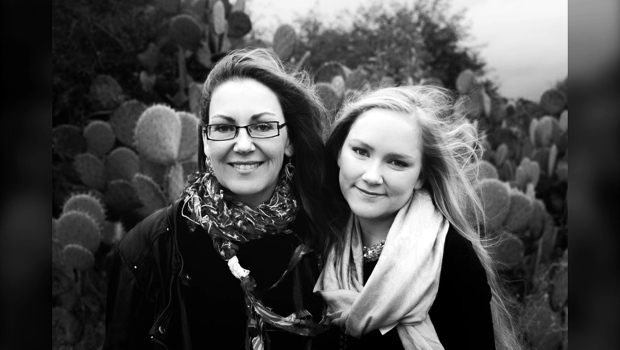 Missing the mystery theatre? On June 4, Vertigo Mystery Theatre and Ghost River Theatre are presenting a return engagement of Tomorrow’s Child, an audio-only play that you can stream on your computer and experience it exactly the same way audiences experienced in theatres when it was originally produced. (Everyone in the audience wore a sleep mask and listened to the adaptation of a Ray Bradbury novella while sitting next to people they couldn’t actually see). The show has been remastered for listening through earbuds or headphones at home. 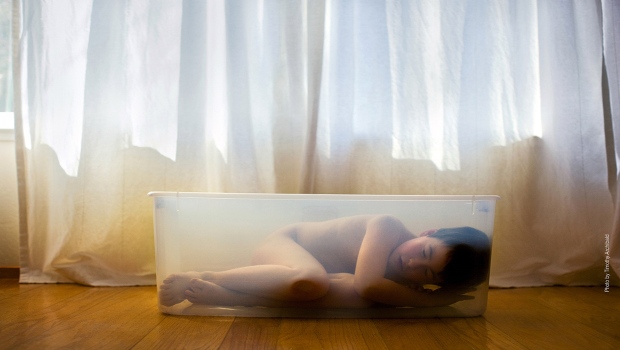 For runners, this would be the homestretch leading up to the Calgary Marathon. This year, they’ve reinvented the event as 2020 Virtual Scotiabank Calgary Marathon. Now, you can still run your race -- the 50 km, the 42.2 km full marathon, the 21.1 half marathon or the shorter distances -- you just don’t have to be at the Stampede Grandstand at 6:50 a.m. along with 20,000 others on the last Sunday morning in May. The virtual marathon can be run any day between May 31 and September 27 and the Scotiabank Charity Challenge remains open until Sept. 27.

Got a house full of squirrelly children? Starting June 29, Quest Theatre is offering Digital Drama Camps, which involve one to two hours of online creation classes hosted by Quest artists, as well as livestream performances and highlight reels. It’s all designed for flexibility and there are options for children from six to 17. Prices range between $50 to $250 per child, per week, depending on the program you choose. There are also pick-your-price packages and a limited number of bursaries available so that children can attend for no cost.   https://www.questtheatre.org/digital 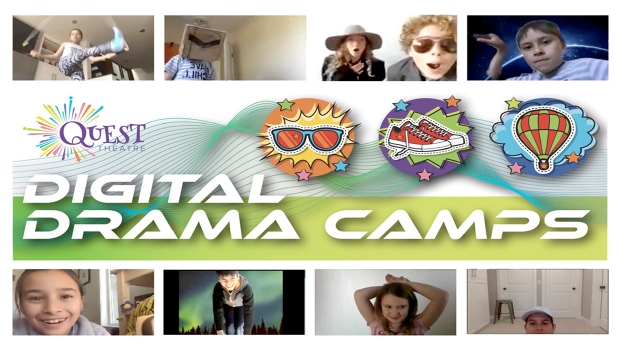 Every third year, for over a decade, Calgary has hosted the International Festival of Animated Objects, a puppet festival that has featured the Old Trouts and other assorted wild minds of the adult puppet world, many of whom come from here, for some reason. There’s no festival this year, but May 29 and 30, you can go online to experience the Dolly Wiggler Cabaret, an evening of high puppet drama.

June 10-13, Sage Theatre will present its IGNITE Festival, which is a showcase of emerging artists, entirely through digital portals. That means 14 original productions, improv comedy curated by Kinkonaut Nicole Zylstra, visual art featuring emerging artist Shannon Barry. If you long for live, there’s theatre-at-distance, which means the knock on the door may be performance, not a Skip-the-Dishes delivery. Stuart McDougall’s Elegant Animal is a show delivered to the audience members’ door as a care package.

Do you have a group activity you're transforming for the pandemic? Send it to CTV and we'll add it to this list.