They say cats have nine lives, which means there's a good chance that Ken Hildebrand is at least part feline.

The 69-year-old made international headlines back in 2008 when he survived being crushed by his ATV, leaving him pinned in the wilderness for three bitter cold winter nights.

Hungry, thirsty and freezing cold, he resorted to drastic measures to save his own life before he was eventually rescued by a man who just happened to walk by with his dog.

Despite the struggle to stay alive, Hildebrand said he never lost hope.

"Just the love of my family and hoping they don't see me like that. I'm thanking god for keeping me alive," said Hildebrand in a 2008 interview with CTV News.

He suffered extreme frostbite, broken bones, and unfortunately needed to have his right leg amputated.

The story was so gripping that the popular TV series 'I Shouldn't Be Alive' released a full episode on Hildebrand's accident. 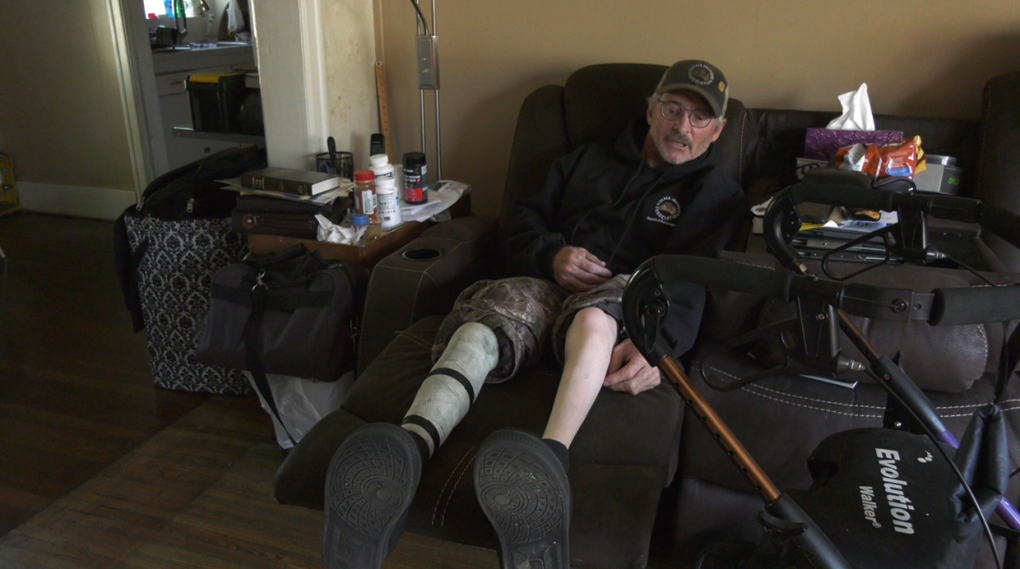 Adding to the laundry list of close calls and death defying incidents, Hildebrand was also in a van that was struck by lightning back in 2004.

But his story of resilience began long before the ATV or the lightning incident.

At a very young age, he was diagnosed with polio which has severely weakened his other leg.

"My parents were told and I was told when I was six that I would never walk or use my arms again," said Hildebrand.

"They told my parents that I probably wouldn't even live to be 12 years old."

He spent the majority of his childhood in the former Calgary children's hospital on Richmond Road and after spending 18 months in an iron lung, he had received 23 surgeries by the time he turned 12 years old.

Despite his long road to recovery, Hildebrand eventually became a paramedic and an avid trapper, racking up multiple years of experience in the mountains.

"No matter how many tragedies he seems to go through, he always finds the bright side and that's why I'd say he's an inspiration. Because many of us would just give up," said family friend Deborah Hinter.

Now, after roughly 12 years of walking on the same prosthetic leg he purchased for more than $30,000, Hildebrand is in need of a replacement.

The battery on the current prosthesis is shot and it no longer offers proper ankle support.

"It's just a matter of time I think before he falls down somewhere and someone doesn't help him get back up and he's not able to get up because he's broken something," said Hildebrand's daughter Lori Kronyk.

Unfortunately, the price tag for the prosthetic he needs has more than doubled and Alberta Health Services will only cover $6,000 of the $85,000 replacement.

Kronyk and Hinter have now teamed up to organize a GoFundMe page to help cover the cost of the high-tech leg.

"It just touches my heart, the people that have already donated for my leg," said Hildebrand.

"When I found out my daughter and Deb did this I said people are going to think I'm begging for something. That's not me. I've never asked for anything in my life. Never."