'He wanted to change the world': Calgary family mourns loss of teen killed in hit-and-run 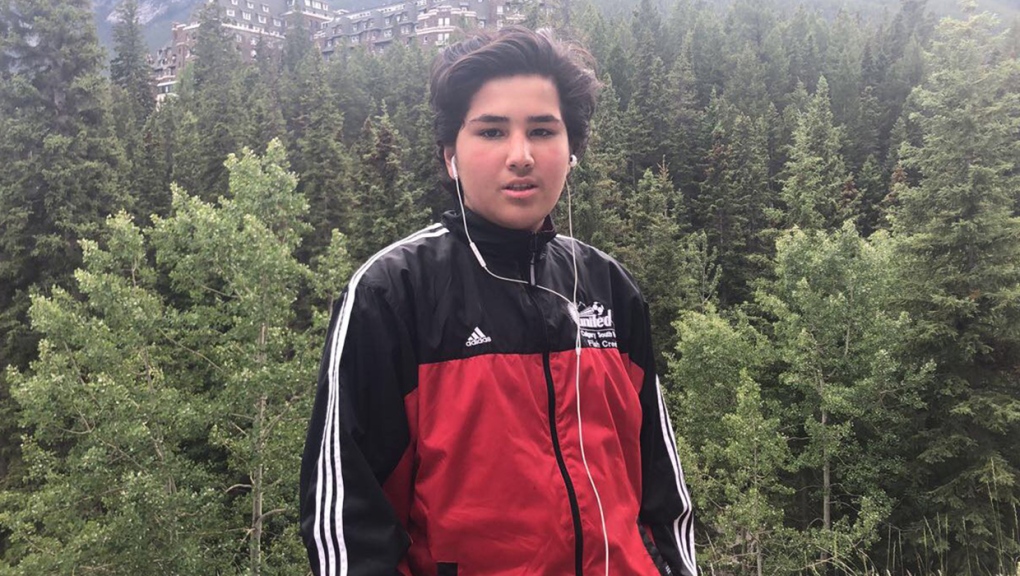 Undated photo of Ibaad Yar, the 15-year-old victim of a fatal May 13, 2020 hit-and-run in northeast Calgary. Calgary police announced Thursday that they have arrested two suspects in the case. (Supplied: Yar family)

CALGARY -- Described as a loving son, an amazing brother and a loyal friend, Ibaad Yar's family confirms the 15-year-old was the victim of Wednesday's fatal hit-and-run in northeast Calgary.

Ibaad was pronounced dead early Wednesday morning at the scene of a crash along 52nd Street N.E. approaching the 16th Avenue interchange. Police believe road rage was a factor in the fatal collision.

"He wanted to change the world one day,” said Aasma Yar, Ibaad’s sister.

Aasma remembers her younger brother as having a goofy personality and says he aspired to become a police officer.

"He really wanted to clean up the neighbourhood," explained Aasma. "This guy had such a bright vision for the future and all of a sudden it’s gone in one day."

She says she struggling to come to terms with the loss of her brother.

The family would not comment on why the teen was out in the early morning hours.

A GoFundMe campaign paying tribute to Ibaad’s life has raised more than $11,000 for the family to help with funeral expenses.

"He has his entire life ahead of him, and all he ever wanted was to see the people around him laugh and smile," said the campaign's organizer in the tribute. "Ibaad was kind, down to earth, and deserved more than what happened to him."

According to police, a Dodge Journey and Buick Allure were speeding southbound on 52nd Street N.E. at around 2:30 a.m. Wednesday . The Allure struck the back of the Journey causing it to spin and flip across the northbound lanes of the road.

Ibaad was ejected from the vehicle and pronounced dead on scene when emergency crews arrived.

Police believe the crash was the culmination of a case of road rage. Witness reports indicated the Allure returned to the scene moments after the collision and some of its occupants got out and  physically attacked the occupants of the damaged Journey.

Two minors who had been in the Journey with Ibaad were transported by ambulance to the Alberta Children's Hospital in stable condition.

The Allure was located hours later in the Saddletowne-area and several people were taken in for questioning.

Anyone who witnessed the crash or the events leading up to collision is asked to contact the Calgary Police Service at 403-266-1234 or anonymous tips may be submitted to Crime Stoppers.