'Her act was deliberate': Woman sentenced for pushing stranger from CTrain platform 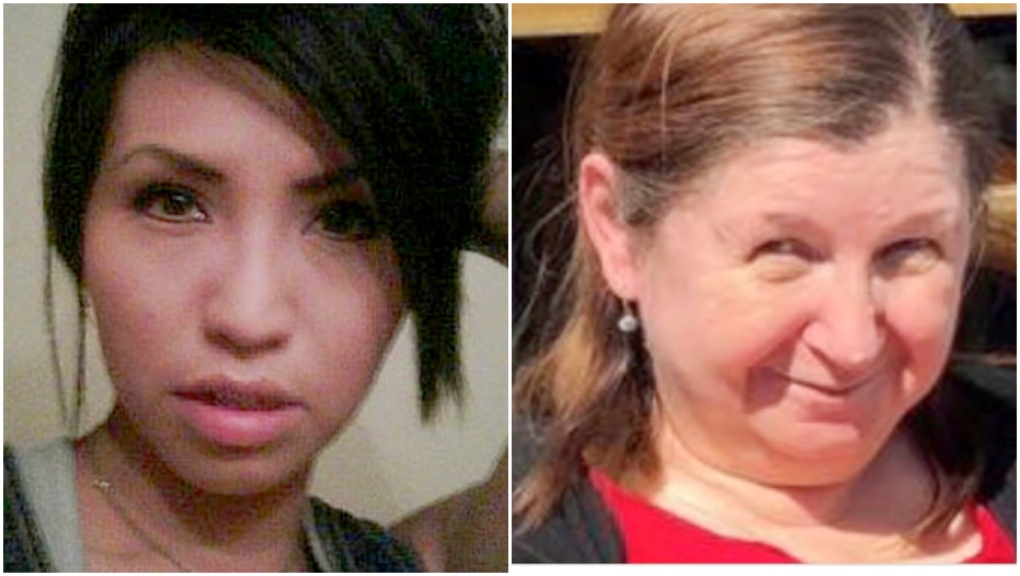 Stephanie Favel, left, is scheduled to be sentenced July 24, after admitting to shoving Rose Meichl, right, onto the LRT tracks, leaving her paralyzed.

A woman who admitted to pushing another woman off an LRT platform into the path of an oncoming CTrain last year received a four-and-a-half year sentence on Wednesday.

Stephanie Favel, 35, was charged in the unprovoked attack on a 64-year-old woman at the Victoria Park/Stampede LRT Station on November 8, 2018.

Rozalia Meichl fell onto the train tracks, hitting her head and upper back.

The CTrain driver managed to stop the train before it hit her but she was taken to hospital in critical condition and the fall left her a paraplegic.

Meichl's family says they are glad Favel's sentence was on the high end but still don't feel justice for the senseless act.

"Had she walked out of there a free woman or been given 30 years, it wouldn't change how I feel about the situations," said Allan Hein, Meichl's son.

According to an agreed statement of facts, both women were behind the yellow line on the platform when Favel shoved the victim, using her shoulder and elbow.

Favel later admitted to police that she'd been drinking before the incident and a doctor's report, submitted to the court on December 11, 2018, found she had consumed a large amount of methamphetamine, cannabis, alcohol and Gravol.

The defence requested a sentence of three to three-and-a-half years while the prosecution asked for a sentence of five years in jail. Crown prosecutor Doug Taylor said the random attack at the LRT station had "a chilling affect on members of the public."

He did grant Favel six months credit due to her troubled upbringing as an Indigenous youth.

Sexual assault, foster care and  the death of Favel’s sisters were factors leading to her substance abuse, said the defence.

"Addictions that have to be addressed and childhood trauma that has to be addressed as well, and she wants to take every step to rehabilitate herself. She wishes she could take this day back," said Adriano Iovinelli.

Meichl wants to move on from that day according to her son. "She's excited to have some closure," said Hein. Meichl plans to focus on her upcoming wedding.

After credit due to time already served Favel has less than three and a half years remaining of her sentence.