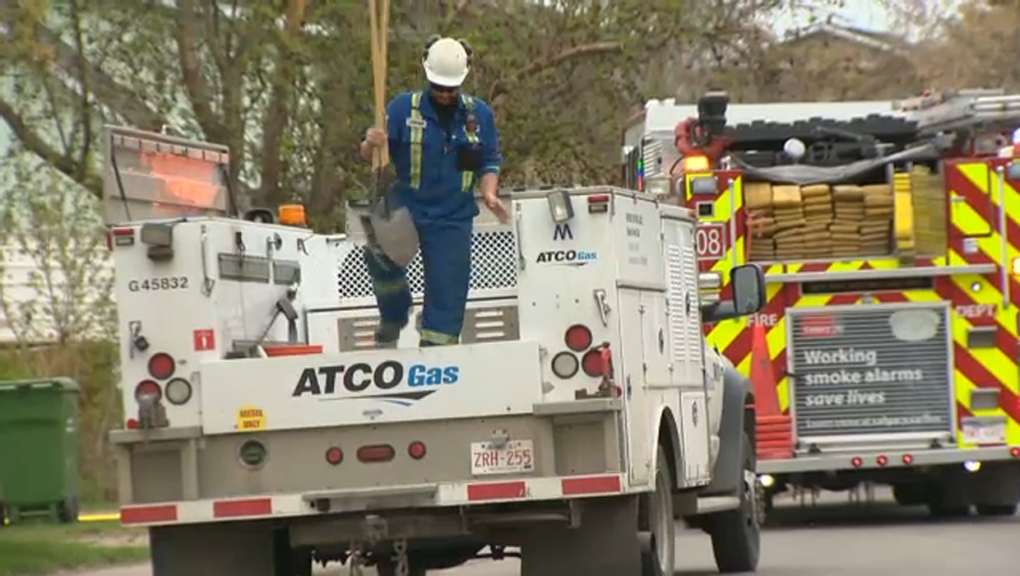 Some residents of a southwest neighbourhood were evacuated from their homes Tuesday afternoon after a gas line was ruptured.

Firefighters were called to the 1400 block of 42 Street S.W. shortly after 5 p.m. following reports of a strong smell of gas.

Fire crews and Calgary Police Service members evacuated several homes in the vicinity as a precaution. ATCO Gas was deployed to the scene a short time later to shut off the gas line.

According to Calgary Fire Department officials, a homeowner had been digging in their backyard when they punctured the gas line.

No injuries have been reported and the displaced residents were permitted to return home after roughly an hour.

Anyone with plans to dig for landscaping, constructing a fence or deck, or planting a garden is encouraged to contact Alberta One-Call ahead of time to have their property reviewed and marked to ensure buried utility lines are not disturbed.