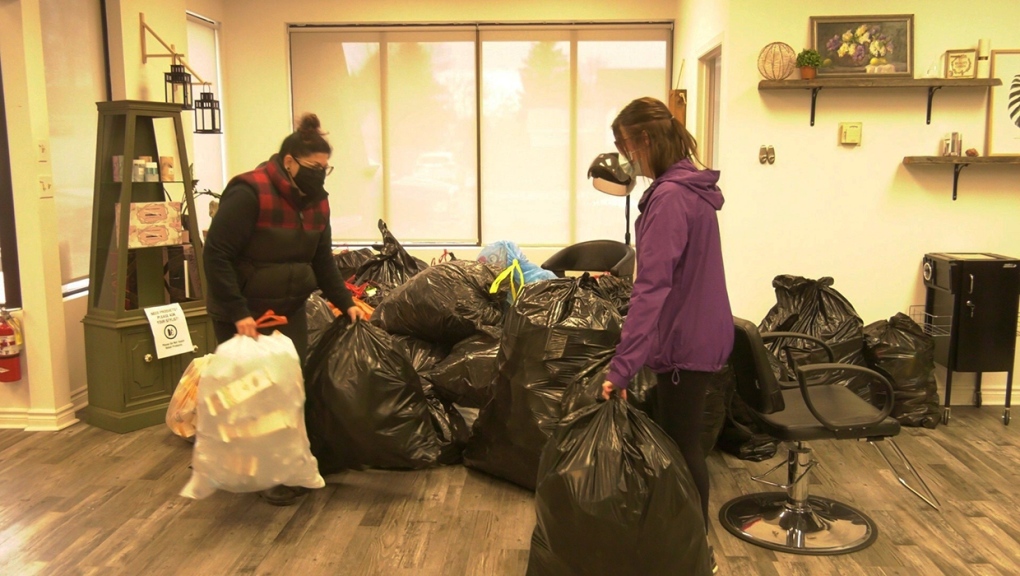 Lethbridge small business owner Davita Deering, of Southern Roots Hair Design, had to hold a bottle drive to raise funds to keep her business open after it was ordered temporarily closed by the province due to COVID-19 restrictions.

LETHBRIDGE, ALTA. -- Many southern Alberta business owners who vowed to break COVID-19 restrictions this week were more reserved Monday, instead choosing to book future appointments and speak with clients, instead of violating health orders.

That was until late Monday afternoon, when Lethbridge police announced one business had been charged with non-compliance of the Public Health Act for contravening a public health order.

As many as 30 small businesses in Lethbridge had threatened to reopen Monday even though the Alberta government extended restrictions in the province until at least Jan. 21.

A week ago, Lethbridge gym owner Lee Mein posted a video on his Facebook page that it was “time to take a stand,” adding he was opening the Canadian Marshal Arts Centre on Jan. 11. 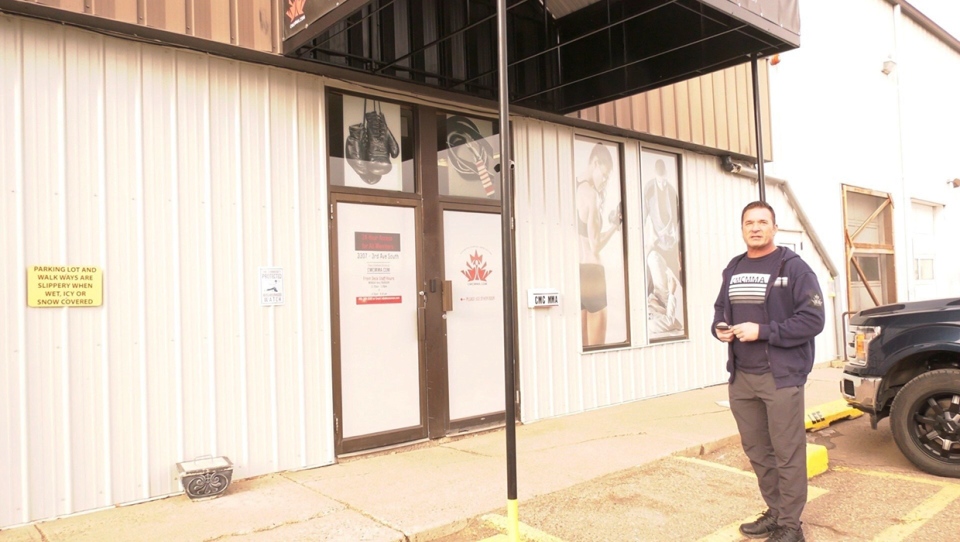 However on Monday, his doors were locked. Mein said he had a received a letter Friday from Alberta Health Services.

“Basically they are being bullies. They are threatening action against me in court, threatening to lock the doors and lose my business license.”

Mein said he would continue the process of battling with the government by joining a class action lawsuit against the restrictions.

“Why does the NHL get to stay open but we don’t get to train a fight? Cause they’re a big organization with lots of money?”

The owners of the Peppermint Hippo Tattoo shop had the open sign lit up, but were not doing tattoos in the studio.

Instead, they were talking to clients and taking future bookings. Tattoo artist Chris Kopera said he can’t understand why the restrictions pertain to tattoo parlours when the government allows malls, large stores and air travel to continue.

“You have nearly 80 flights landing in Calgary airport alone today. That’s how many hundreds of people that were crammed into airliners for hours on end, shoulder to shoulder,” said Kopera.

“What kind of sanitation is the airline able to provide?”

Business owner Will Woods said he is not aware of a single case of COVID-19 being linked to the tattoo industry.

Hair Stylists are also facing restrictions for at least two more weeks. One Lethbridge hair salon is holding a bottle drive, to help pay the rent.

Davita Deering, owner of Southern Roots Hair Design, said she never thought in a million years, that she’d have to do this to keep her business open.

“The last three month shutdown I used almost all my savings to keep us afloat… and there’s no more nestegg,” added Deering.

Several online petitions have been launched in an effort to support the small business owners in Alberta.

Burton said business owners have spent thousands of dollars to comply with the safety measures, only to have their businesses slammed shut again.

She said she started the petition after seeing how it was impacting her brother, who owns a gym in Calgary, and some of her girlfriends, who operate hair salons. “None of them have gotten any assistance whatsoever, so they are struggling while savings are starting to dwindle a lot.”

Deering said three of her employees don’t qualify for EI and haven’t yet received support from the federal program CERB. She maintains the government needs to look into how small businesses operate, and many don’t qualify for any support.

“Not all are the same,” she added.

Deering said her clients have been amazing, and in her bottle drive had already raised half of what she needs to cover the monthly rent.

She said if the campaign does well, and exceeds what she needs to keep the doors open, she plans to pay it forward and support other small businesses.