The U of C researchers had hoped to recruit 1600 Albertans who had been diagnosed with COVID-19 in a double blind study to determine if it was effective in preventing serious complications of the disease.

It was put on hold after a study, published Friday in the medical journal The Lancet showed that after tracking 96,000 patients worldwide, who had been hospitalized for COVID-19 the drug had no positive effects, and was associated with a substantially higher rate of death for COVID-19 patients taking HCQ.

Metz calls it a “serious pause” and isn’t sure the U of C study will be feasible even after the review. 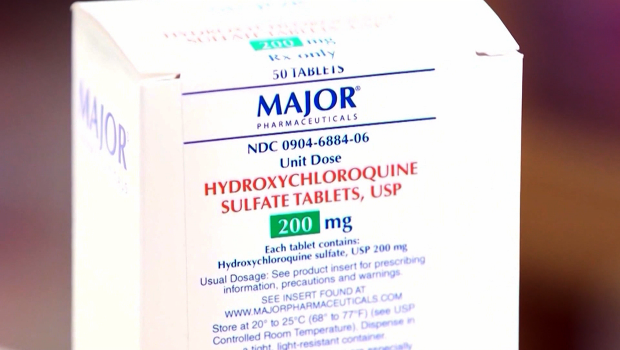 “I can't with confidence, say there is no risk in a person with COVID rather than a person that has (for example) malaria,we have to then consider whether this is a futile idea or not.” said Metz “It would be unfortunate not to have an answer, but not at the risk of anybody. So we will have to decide that and we may well have to make a hard decision that even though it looks safe, it just doesn't look feasible anymore.”

Another factor weighing against the Alberta HCQ study is low enrollment. Researchers had hoped to recruit 1600 COvID-19 patients, but after nearly a month only 148 had opted to be part of the study. Metz pointed to a number of factors for the low enrollment including the politicization of the drug, largely through comments of U.S. President Donald Trump, who has been a vocal proponent of hydroxychloroquine.

“It adds an extra challenge, because we have people that are afraid when they perhaps don't have a reason to be afraid themselves.” Says Metz “And then we have people that don't want to be part of something that might prove President Trump correct.”

“Well, we were expecting that big surge that didn't come. in which case we thought we could recruit 50 people a day.” said Metz “But the numbers very quickly dropped off shortly after we started working on this (HCQ study).”

Metz said researchers may have to pool their data with other teams around the world conducting similar research  in order to create a large enough group from which to draw scientifically valid conclusions.