Alberta needs a better way to prevent the rising number of syphilis cases in the province, according to professionals who study the infection and work with sexual health groups in Calgary.

Syphilis numbers in Alberta are the highest they have been in about 70 years. According to health data from the provincial government, 365 cases of infectious syphilis were identified in Alberta in 2015. In 2020, cases skyrocketed to 2,509.

In the first quarter of this year, 765 cases were found across the province.

"Our cases are the highest we've seen since the 1940's, so that's pretty shocking to see those types of numbers," said Dr. Ameeta Singh, an infectious disease expert at the University of Alberta.

Dr. Singh said there are a number of reasons why syphilis cases are increasing in Alberta and elsewhere.

"There's no question everywhere in the world right now social media apps are being used to arrange sexual contact and casual partnerships. In fact, about a third of our cases (in Alberta) report anonymous partners," she said, adding other factors could include that fewer people are wearing condoms. 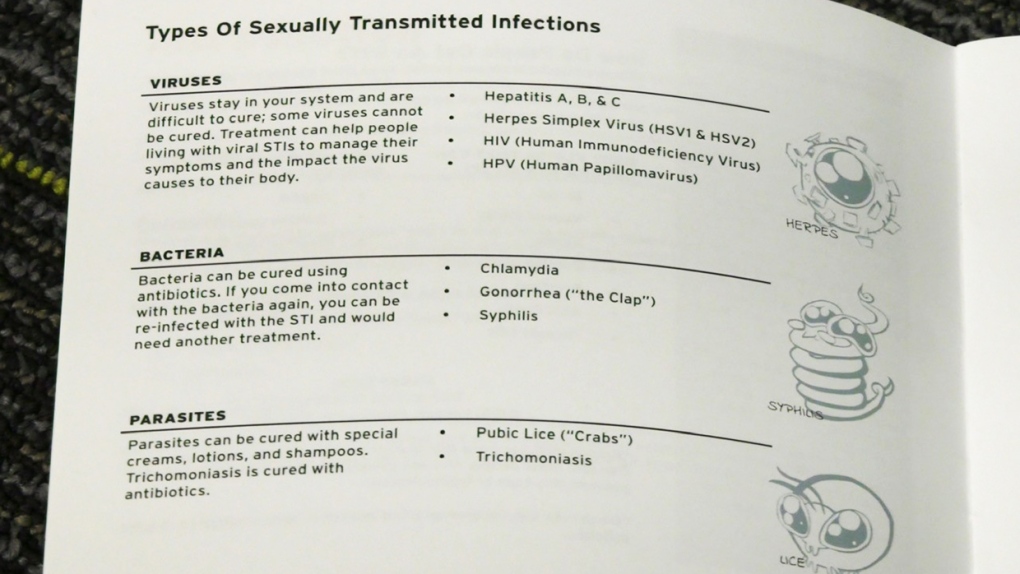 "Our cases are the highest we've seen since the 1940's, so that's pretty shocking to see those types of numbers," said Dr. Ameeta Singh, and infectious disease expert at the University of Alberta.

"A disproportionate number of cases are among Indigenous persons and also persons who are affected by multiple social determinants of health -- so they're affected by homelessness, addictions, mental health issues as well as poverty," Dr. Singh said.

INFECTIONS PASSED ON TO BABIES

As the number of infectious syphilis cases grows in Alberta, the amount of pregnant women infected is also rising. Syphilis can then be passed on to unborn children and can, in some cases, result in stillbirths.

Dr. Singh said 135 babies have been born in Alberta with syphilis since 2015 and 30 of those babies have died.

"So that is truly horrifying. We should not be seeing that in Canada today," she said.

CASES HIGHER IN EDMONTON, CALGARY COULD BE NEXT: EXPERTS

Though cases have increased in every health region in Alberta in the last several years, Edmonton is seeing much quicker spread of the infection than other areas of the province.

"It's going to come to Calgary, probably with similar numbers (as in Edmonton)," said Pam Krause, the president and CEO of the Centre for Sexuality in Calgary.

Krause said the number of cases recorded is likely lower than the actual number of infections in the city, largely in part due to the stigma around Sexually Transmitted Infections (STI) and lacking resources to get tested.

"Really what this says to me is Alberta has not had a successful strategy to work on Sexually Transmitted Infections for a very long time. There's very little focus on prevention and so we see the consequences with these spikes," Krause said.

In an email, an Alberta Health spokesperson said they are working with community organizations, primary care networks and other health care providers on out reach.

"Planning is underway for activities and communications initiatives that target specific populations and local geographic areas that have the highest rates of syphilis," read a statement from Alberta Health.

A B.C. Mountie who was fired after showing a domestic violence victim what he described as a barely clothed "d*** pic" was rehired last year after arguing the RCMP's conduct board treated him unfairly.