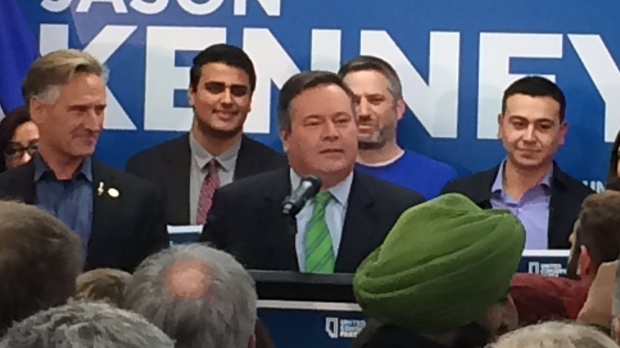 Voters in Calgary-Lougheed headed to the polls on Thursday to pick a replacement for Dave Rodney, who stepped down as the district's MLA in November, and UCP leader Jason Kenney proved victorious in the byelection.

Kenney was selected from a field of seven candidates that included Liberal leader David Khan and Dr. Phillip van der Merwe of the NDP. The Alberta Party did not field a candidate.

Final results of the byelection (22 of 22 tabulators reporting, 10,852 total votes) are as follows:

Prior to the opening of polling stations, political experts declared the race as Kenney’s to lose.

“Jason Kenney has been running in multiple elections in 2017. He won the PC leadership race, he led the ratification of the merger with the Wildrose and then he won the UCP leadership. Now, he’s fighting in the byelection. I think the byelection has been the easiest of these, but they’re leaving nothing to chance,” said Duane Bratt with Mount Royal University.

Bratt says it will be quite a showdown when Rachel Notley and Kenney in the Legislature.

Premier Notley took to Twitter to congratulate the leader of the UCP following his byelection win.

Congratulations and welcome to the AB Legislature @jkenney - I look forward to debating you in the House. #ableg

Elections Alberta introduced new voting technology, for the first time in Calgary, in this byelection. The tabulating machine allowed voters to feed their ballot through the machine and votes were automatically counted. The equipment was designed to speed up the voting process and produce faster results.

Cheryl Cordsen says she was surprised at how little time it took to make her choice. "They check you, stick a piece of paper into a folder, you X or you can colour in it. You come back out, they put it into a computer and you wait a second until it accepts the vote and you're gone. I was in and out of there in less than a minute. It took me as long to say that as it did to do that."