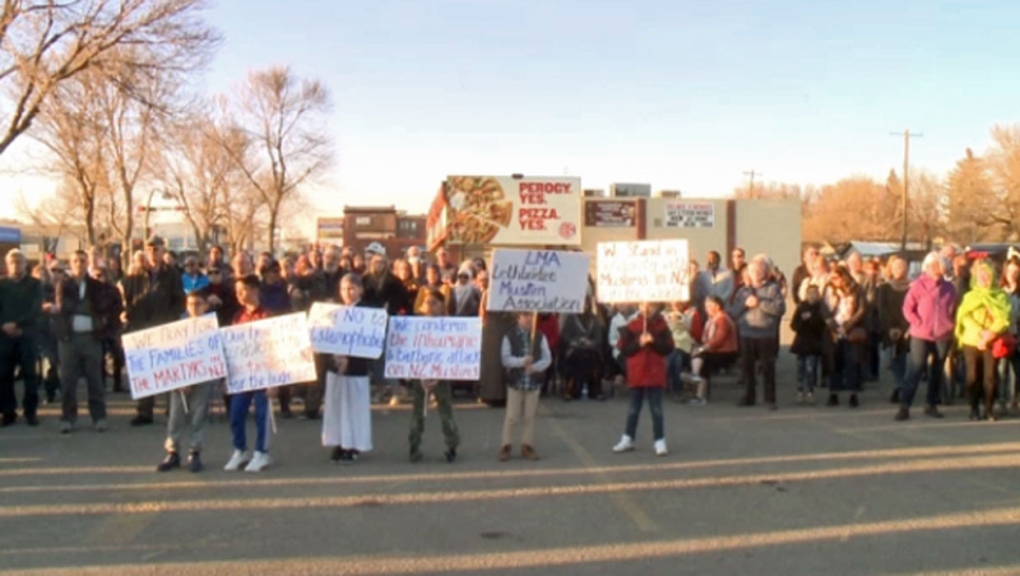 Hundreds attend a vigil Friday night, organized by the Lethbridge Islamic Centre, to remember the victims of the New Zealand mosque attacks.

At least 50 people were wounded when a 28-year-old Australian citizen targeted two mosques in the city of Christchurch on March 18.

The vigil was held at the Lethbridge Islamic Centre to allow people to pay their respects to the dead.

The President of the Lethbridge Muslim Association says the attacks are not just a Muslim problem but a complete social problem.

“Whenever anything happens to Muslims or non-Muslims it affects every human being that’s why we thought maybe it’s a good idea to come together because we have to stand together,” says Abdelbasat Aborow.

“We have a community that has really helped each other in time of need. This was the best expression of Southern Alberta but what I also saw was a community that is very steadfast  in the fact that white supremacy, white nationalism, racism, islamophobia have no place here,” says Phillips.

In response to the terror attacks in New Zealand,  mosques across Canada opened their doors encouraging Canadians to stop by and learn more about the Muslim faith.

New Zealand’s Prime Minister Jacinda Ardern said she would change the country's firearm laws in response to the attacks.

(With files from Angela Stewart)