Mars has a moment: 3 missions to the red planet reignite debate

CALGARY, ALTA. -- It's the stuff of both cheesy sci-fi movies, and high-brow academic research…Is there (or was there) life on Mars?  A trio of Martian missions arriving at the red planet this month will likely reignite the debate.

The United Arab Emirates (UAE) Amal orbiter has already arrived, and is orbiting Mars, as has the Chinese Tianwen-1 combination orbiter which is carrying a landing module as well.

NASA's Perseverance rover is scheduled to land on the surface of Mars on Feb. 18.

All three missions are examining Mars to further our understanding of what is considered he only other possibly habitable planet in the solar system.

Why 3 Mars missions all at once?

Why there are three missions to the fourth rock from the sun is more about timing than teamwork.

“The Earth goes around the sun and Mars(also) goes around the sun on these gigantic orbits, and there are times when the planets are close together. And those are the opportune times to fire a rocket over there and get something in orbit or land something on the surfaceai," said Phil Langill, University of Calgary professor,  and director of the Rothney Astrophysical Observatory  “It's all about the timing and the orientation of the planets. When the time is right, then different countries, and more and more countries are getting involved.”

The UAE’s Amal marks the Arab world’s first-ever foray into interplanetary research.  It will spend the next two years studying the martial atmosphere from orbit.  Scientists will be looking for answers to questions about how Mars changed from having a fairly earth-like environment to what it is now; a cold, dry, planet with a thin atmosphere.

“Everything that we've learned from past spacecraft orbiters and rovers, is that early on in Mars's history, it was warm and wet, very similar to Earth," said Cassandra Marion, science advisor at the Canadian Aviation and Space Museum “ Then at some point, and we're not exactly sure exactly when that happened, or why it happened,  Mars started losing its magnetic field, it cooled down. And now, because of the very low pressure on the surface of the planet, liquid water is no longer stable.  so now it's gone from its history of wet and warm to now dry, and  like a desert, a  dry and arid planet.” 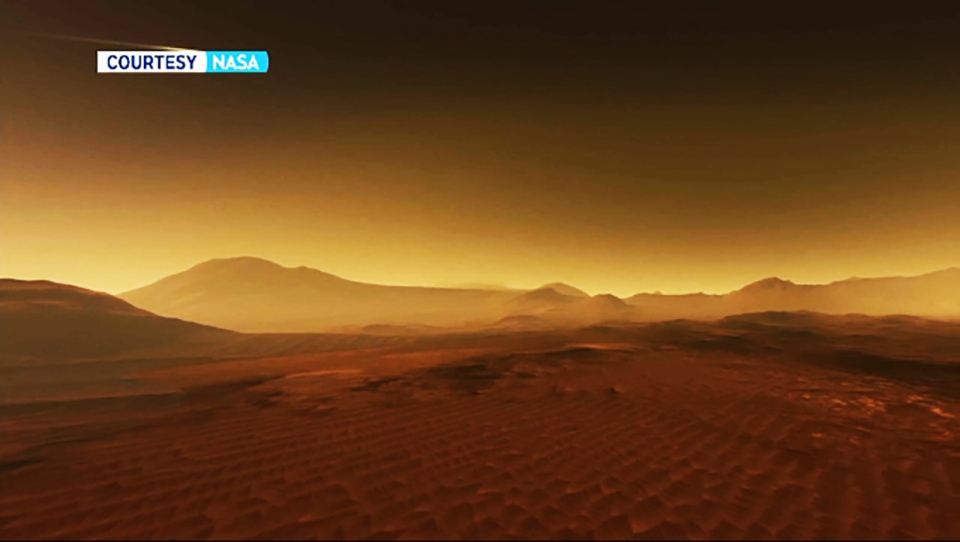 China’s mission, named Tianwen-1,  will send a rover to the surface looking for  evidence of ice underground. This is considered one of the key questions which needs answering before sending manned missions to the red planet  as a manned Mars mission will be unable to transport all the required supplies meaning the crew will  need to harvest some of their own supplies, like water, from the Martian surface.

“These are stepping stones for future colonization,” said Hladiuk “By going interplanetary, by colonizing another world, like Mars, we give our species a better chance, rather than having all our eggs in one basket, We might have a colony and another world."

Tianwen-1’s rover  will be landing on Mars in a the same location where NASA first touched down on Mars in 1976  - a wide open plain known as Utopia Planitia.

The normally stoic NASA engineers have dubbed the period between entry in the Martian atmosphere to landing “the seven minutes of terror.” 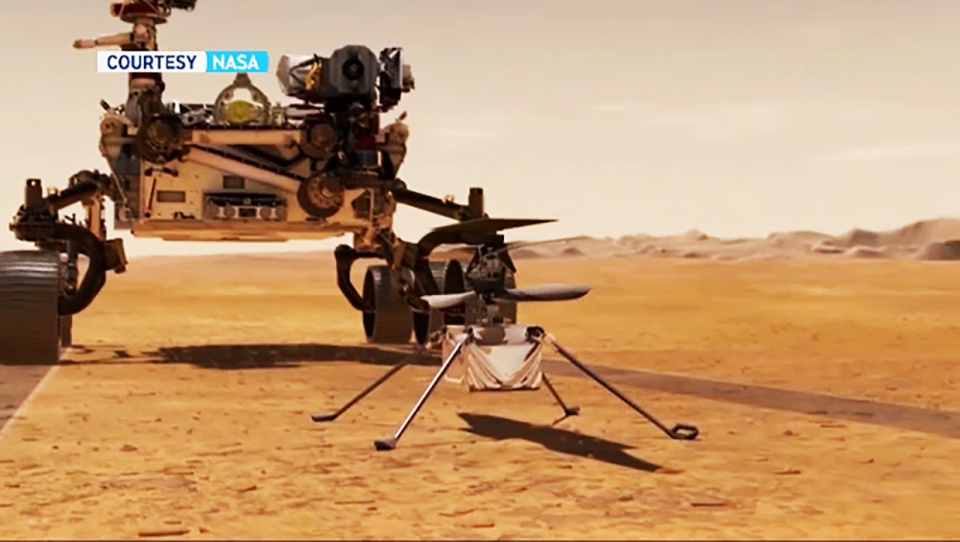 That’s because the one-way time it takes for radio signals to travel from Earth to Mars is about 10.5 minutes, which means the seven minutes it takes from entry to the Martian atmosphere to touching down on the planet will happen without any help from earth-based scientists and engineers.

Here’s what has to happen in that 7 minutes

Here on earth NASA scientists give the command for the  spacecraft to begin its entry, descent and landing procedure (EDL).  From this point on it’s ‘hands-off’ as the computerized systems take over, in a complex set of maneuvers.

Travelling almost 20,000 km/h,  the spacecraft hits the Martian atmosphere.  It has seven minutes to slow to zero and make a soft landing.  Within seconds of entering the atmosphere it will heat up to 1300 degrees Celsius.

The spacecraft's heat shield will endure peak heating of 2,370 degrees Fahrenheit, 75 seconds after entering the atmosphere.

It helps if you think of Perseverance as the world's most sophisticated self-driving vehicle. Using two separate systems - a range trigger, and  terrain relative navigation - its aim is to maneuver the lander to a safe spot amidst the boulders and craters on this section of  Mars.

The range trigger determines when Perseverance should trigger its 21.5 metre parachute . At around this point the heat shields will detach.

But Mars’ thin atmosphere and the high speed of the spacecraft means a parachute alone can’t slow the descent enough for a safe touchdown. 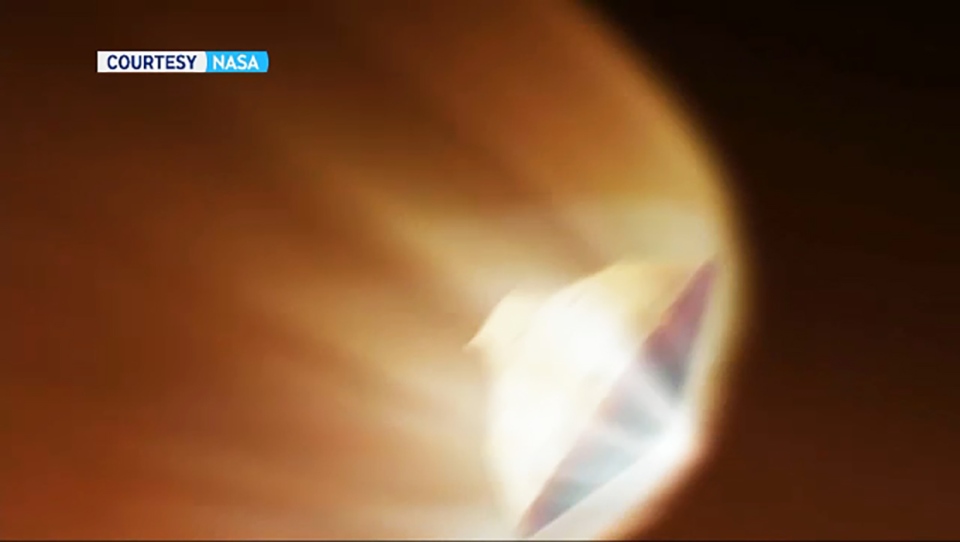 “So then it releases the parachute and the top of the capsule. And then it's basically a rover attached to a jetpack," says Marion “They call it the descent, vehicle, but it's basically a jetpack.  It fires these retro rockets towards the surface to slow it down more, and then as it's coming in, at once it's a certain distance from  the surface.  It's basically on this hazard detecting autopilot so if it sees a  boulder, it can actually divert around it all by itself, and to land in a safe spot.

"Then," Marion says, continuing, "it drops the rover down on these nylon cables, which is the crane part. And then once the rover touches the ground, it senses that and then the vehicle releases the rover and flies off so that it doesn't crash into the rover. It's pretty crazy.”

The ‘sky crane maneuver’ has been tested before. It was used to successfully land the Curiosity rover on Mars.

During the seven minutes of terror, NASA engineers will be chowing down on peanuts.   It’s a somewhat bizarre superstition considering mission control is considered a bastion of science and logic.

In 1964  during launch of the Ranger 7 mission, following six mission failures, one of  the engineers passed around peanuts giving the  crew something to manage their anxiety.  The mission was a success, and ever since peanuts have been part of the countdown checklist for mission control. 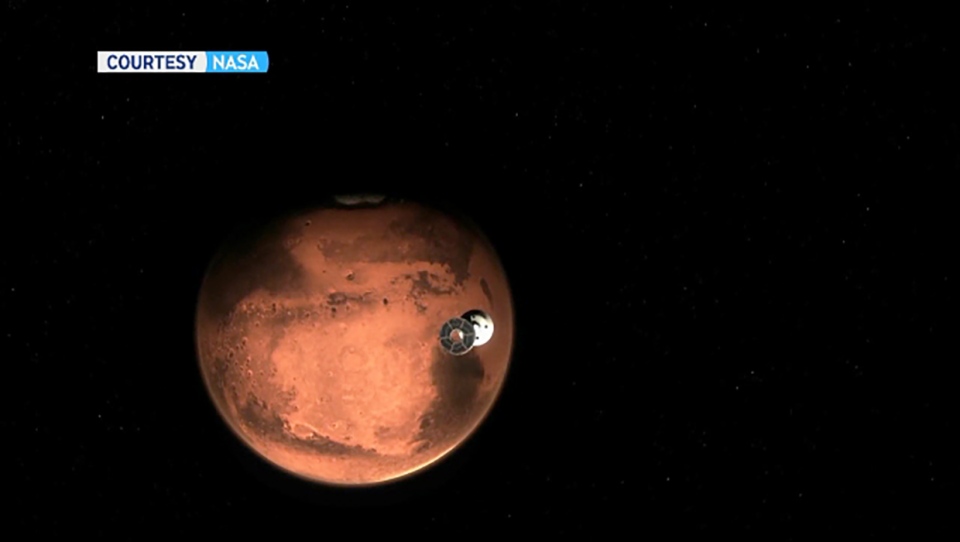 Once it lands Perseverance will  take samples from the soil and set them aside.  A decade from now another rover will head to Mars to retrieve, and return them. They would be the first soil samples of another planet ever returned to earth.

Chris Herd, a professor of earth and atmospheric sciences at the University of Alberta, is one 15 Return Sample Scientists selected by NASA to coordinate the return of the Martian soil and test the samples once back on earth.

“I was 13, when I said I want to be there when the samples come back from Mars. So that would be that would be literally a dream come true for me," said Herd  “My whole role on the Mars  mission is to help the mission, decide where to stop and take samples and make sure we have documentation of all those samples that we do take. The potential is huge for discoveries that we just can't even conceive of now.”

Named Ingenuity a 1.8 kilogram drone will be the first vehicle from earth to ever achieve powered flight over the surface of another planet.    For the techies, or drone pilots reading it is a quadcopter  with four blades over two rotors, which spin in opposing directions at approximately  2,400 rpm. That’s much faster than is needed for drones to fly on earth , and is a result of Mar’s much thinner atmosphere.

The solar powered drone “Ingenuity” is really a demo model, a proof of concept of sorts, in advance of a more comprehensive drone expected to arrive on a future mission. 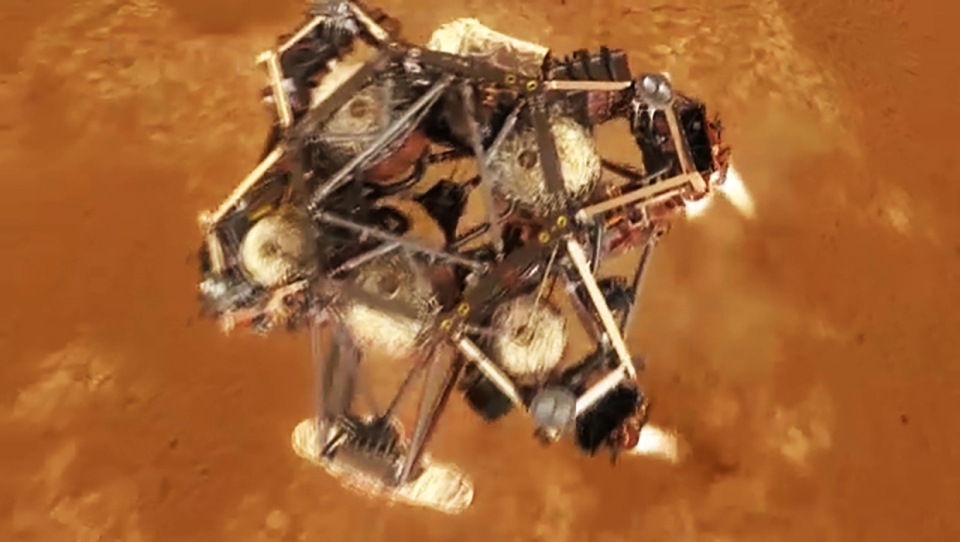 After those flights it will attempt to fly higher to help guide the Perseverance rover. Like most earth-bound drones it has a high resolution camera, which will hopefully help Perseverance capture a few selfies as it cruises the surface of Mars.

David Bowie famously asked it in song. Perseverance may now answer  the question; “is there life on Mars?” or perhaps ‘was there once life on Mars?’.

Mars’ polar regions are covered in ice. There is evidence of water lurking beneath those ice caps, and beneath Martian soil.   Because water and life go hand in hand, scientists believe studying water on Mars will lead to a better understanding whether life ever existed on the red planet..

“This mission is going to land in a new spot, with new opportunities,” said Marion. “ It's going to look at this ancient crater that used to be filled by a lake, there's a river used to run into it,  we've got evidence from the morphology of the landscape, that it was once a river and a delta. And these are places on earth that you would look to, you know, these, these environments on Earth are teeming with life. And so if we're going to find ancient life, perhaps this would be a good place to look.”

“They’re not looking for a fish or a fossil” says Langill.  “They're looking for microbial evidence of a metabolic process that may have occurred in a cell millions of years ago. That's the kind of detail there they are after”

Mapping Martian water is also key to humans travelling to the planet in future missions.

“These are stepping stones for future colonization, As settlers when we came when our ancestors came to Canada, they couldn't bring all the materials to survive in their towns or in their villages. They had to live off the land and that's what we're trying to learn from Mars is start to live off the land because when we go there, we will not be able to bring all the oxygen, or all the water. That's why they need to find ice as well water ice as well," said Hladiuk.

“The  Perseverance also has an experiment called ‘Moxie’. It's trying to live off the land. So they're going to pump in CO2 from the atmosphere, and strip out the oxygen because we need oxygen to breathe. So  they're starting to take those stepping stones for surviving or starting the first colonize colonies on Mars.”

Like so many others around the world, Hladiuk will be tuned in. 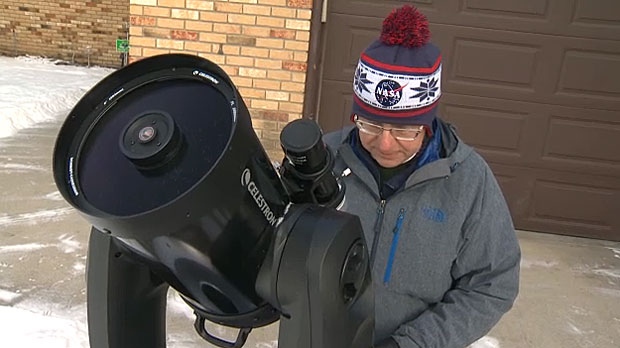 “I’ve got my  peanuts. I'll have my Mars 2020 shirt on,  my EDL socks, I'll be all geared up.  I'll have one computer looking at NASA Deep Space Network to make sure signals are coming in. “ said Hladiuk “Watching a live entry is fantastic. It is.  I get excited just thinking about it.”

Hladiuk also recommends people take time Thursday night to go outside and look at Mars in the sky.  It will be sitting about four degrees above the crescent moon.  To determine four degrees hold your hand out at arms length and extend three fingers.  That’s usually about five degrees of the sky, so it will be just beneath your topmost finger.

For Langill, the Mars landing also presents another opportunity; a chance to reignite the imagination of a new generation of space enthusiasts.

“From the human perspective, it seems like there's an awful long time when nothing happens and you kind of forget about space exploration, and then something like this comes along and people get really re-energized and the topic comes back to life, and it's almost like we we never left.”

Perseverance is scheduled to land on Mars shortly before 2 p.m. MST on Thursday, Feb. 18.   NASA hopes the world tunes in for the landing  and is broadcasting the live feed  starting Thursday at 12:15 p.m. MT.  it is available on NASA's public TV channel, its website, and  app, as well as YouTube, Twitter, Facebook, LinkedIn, Twitch, and Daily Motion.